Notice: Trying to get property 'ID' of non-object in /home/customer/www/expeditionbureau.com/public_html/wp-content/plugins/addthis/backend/AddThisPlugin.php on line 1155
 Maximilian MacEwan - Isle of Skye - Expedition Bureau 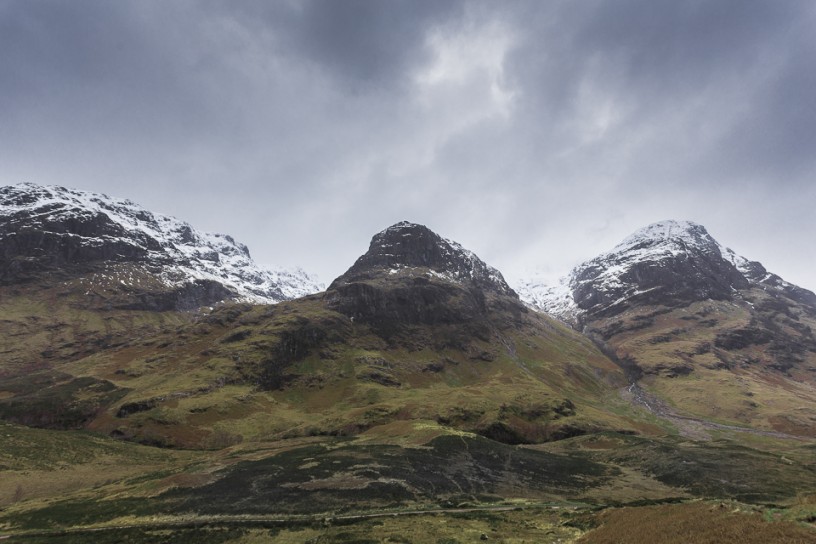 Maximilian MacEwan is a photographer from Sydney, Australia, who I came to know of on Instagram in October 2013 when one of his images was selected as a favorite photo of the week. His submission includes photos from a journey across the Isle of Skye in Scotland - an awe-inspiring landscape of mountains, valleys, and lakes. Most interesting within his submission is mention of the Nintendo game Pokemon Snap as not only a lesson in simple photographic technique, but more importantly an experience that inspired him to get out and explore the wilderness around him. Max was chosen for this issue by Expedition Bureau. 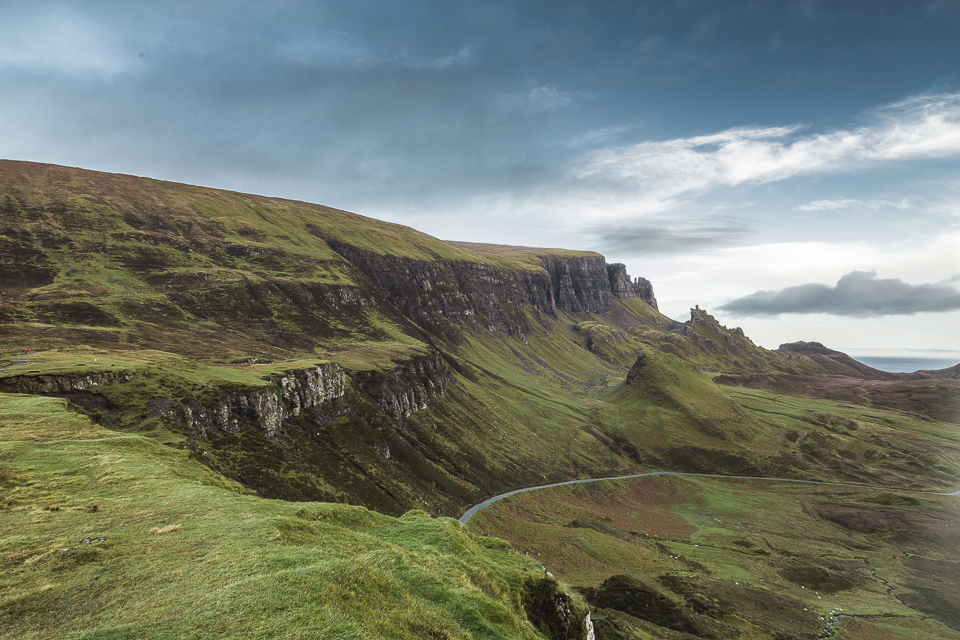 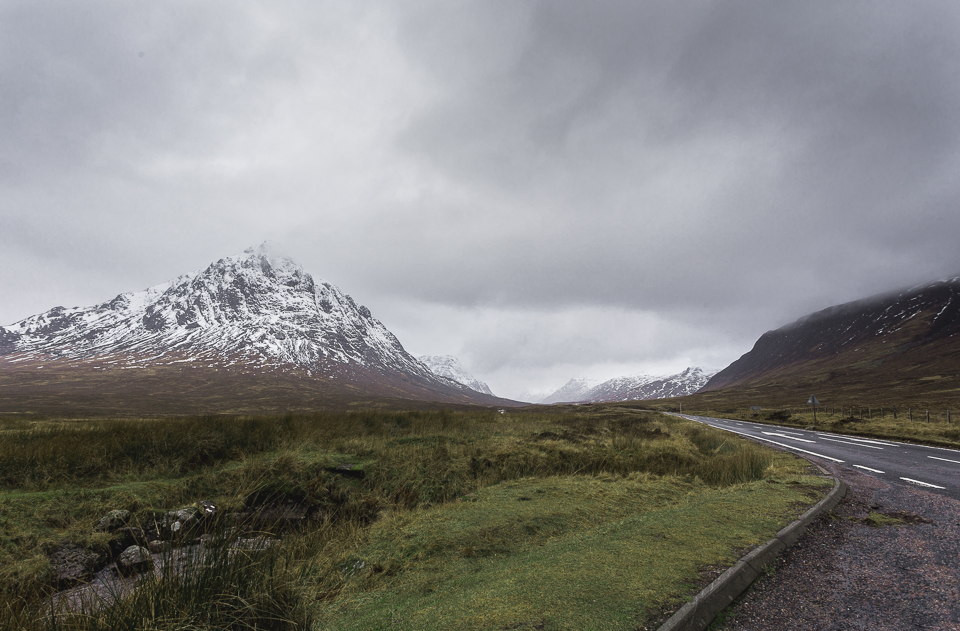 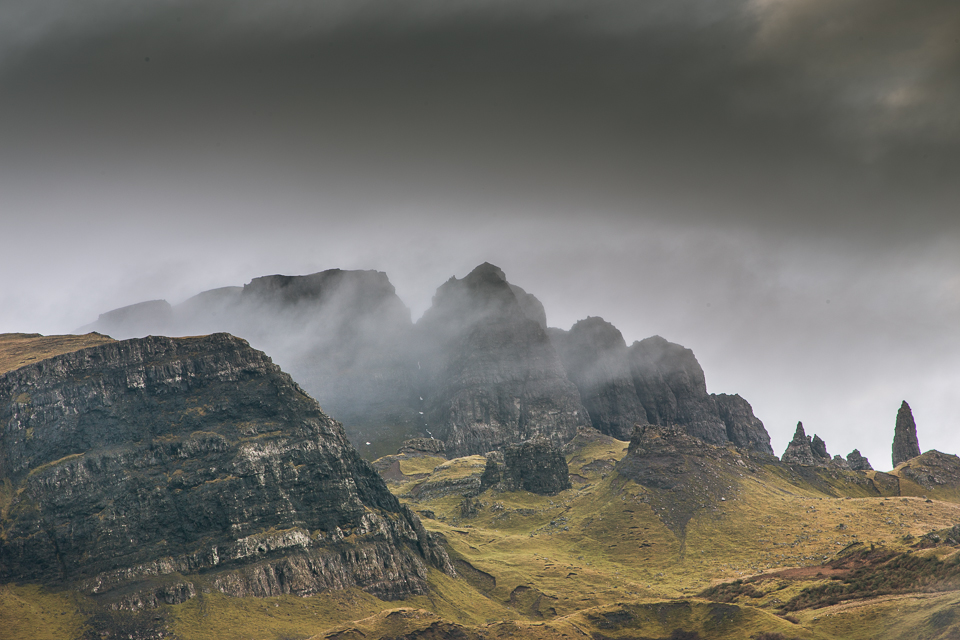 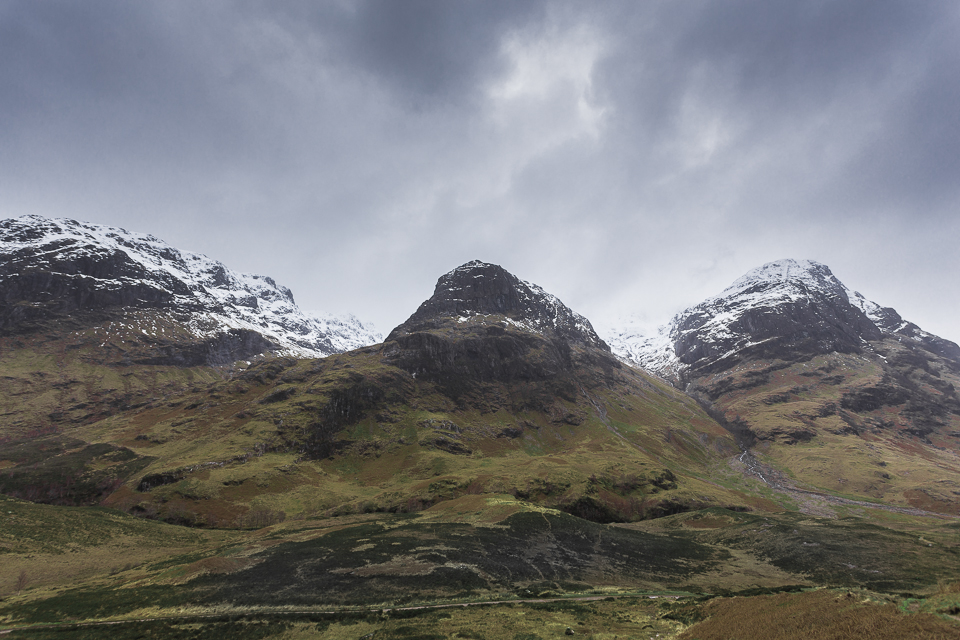 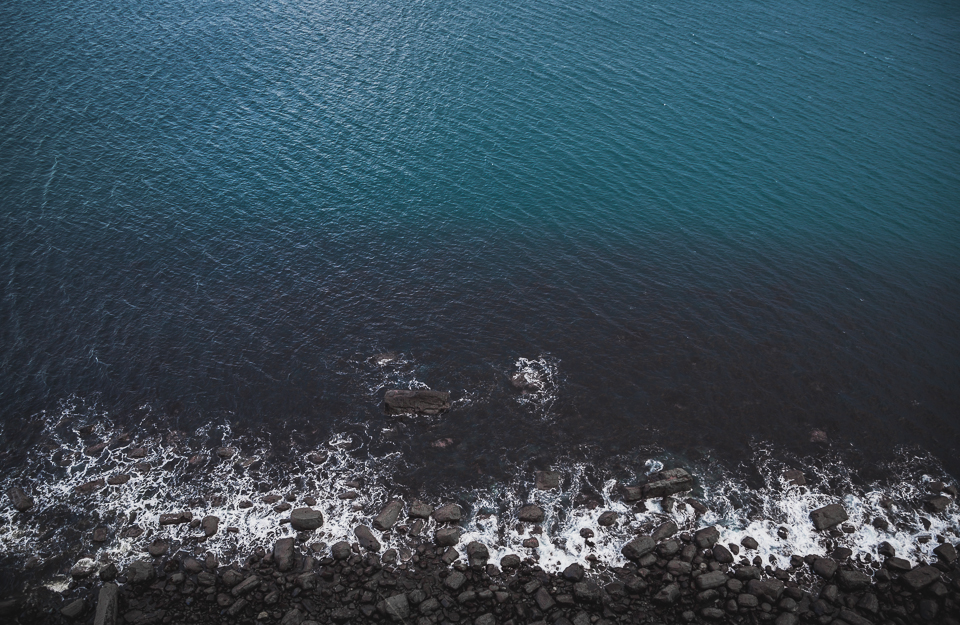 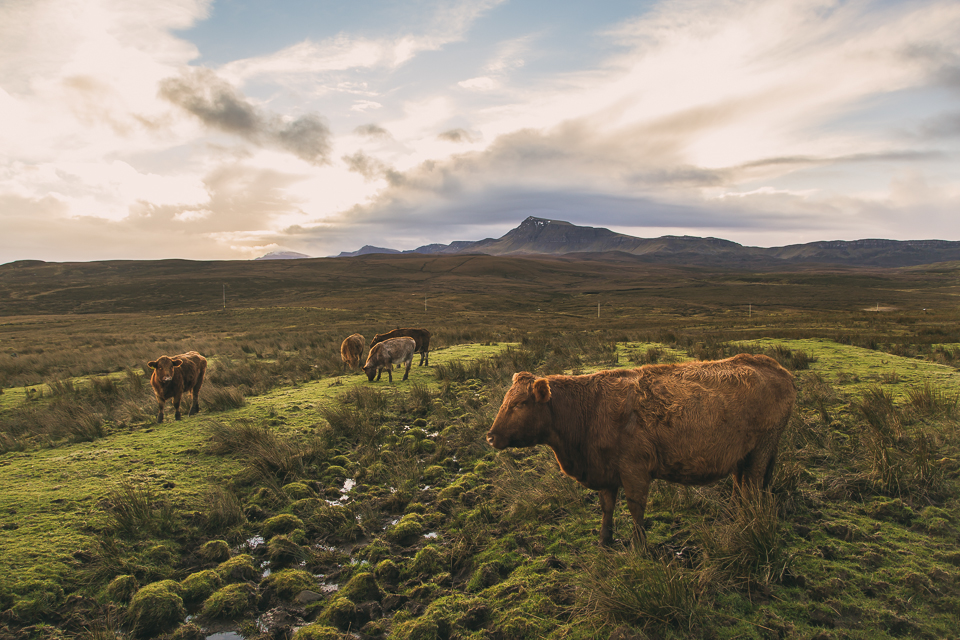 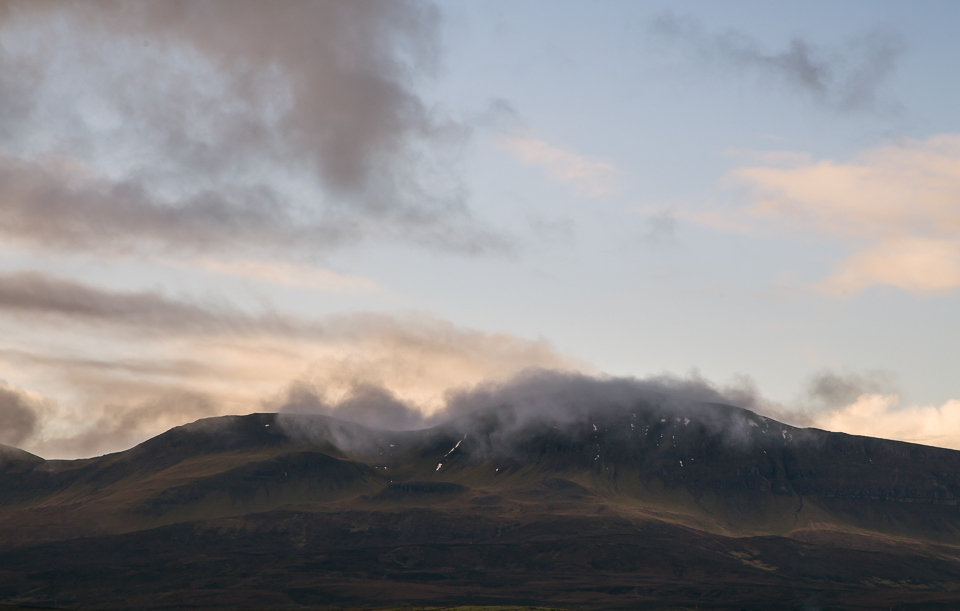 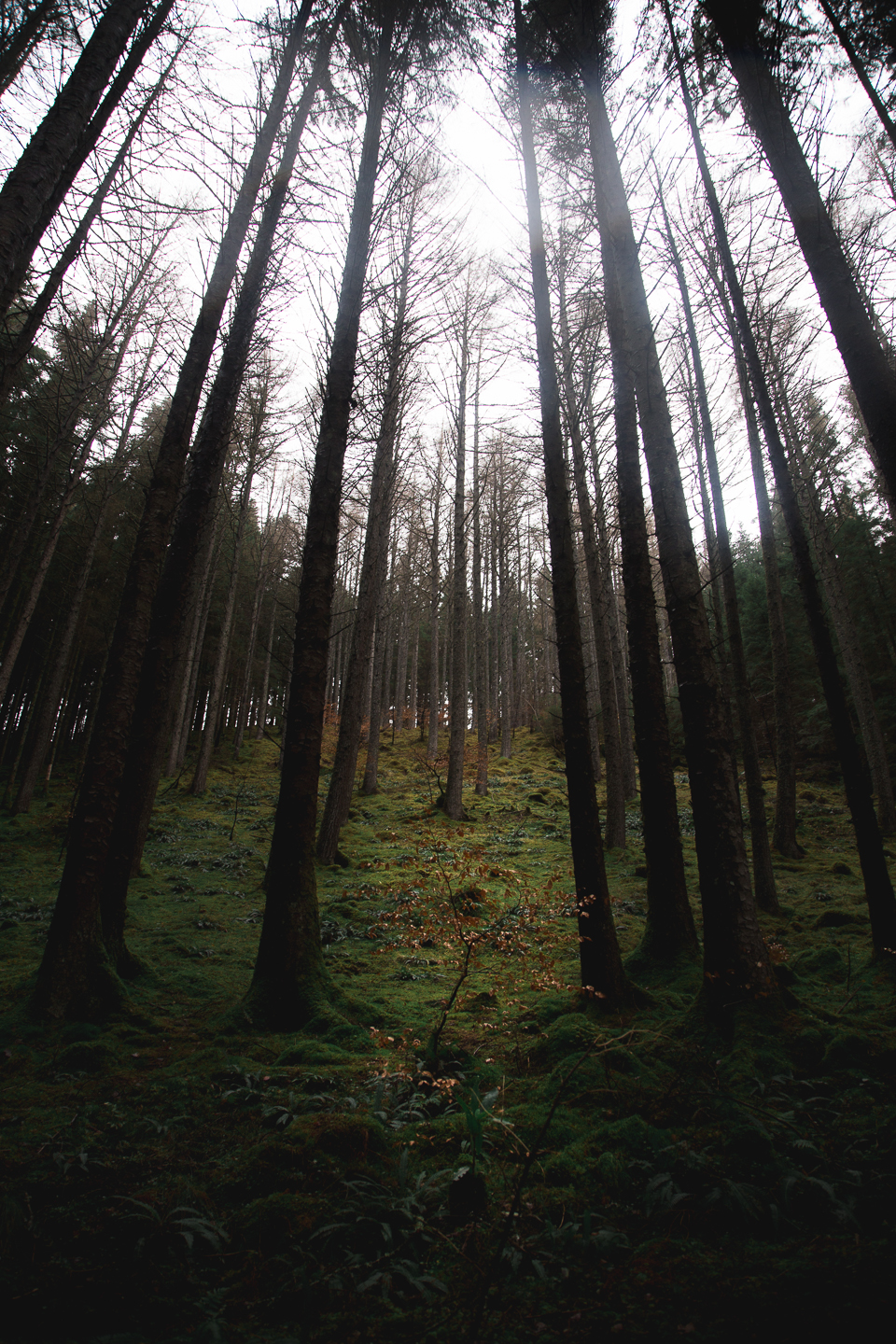 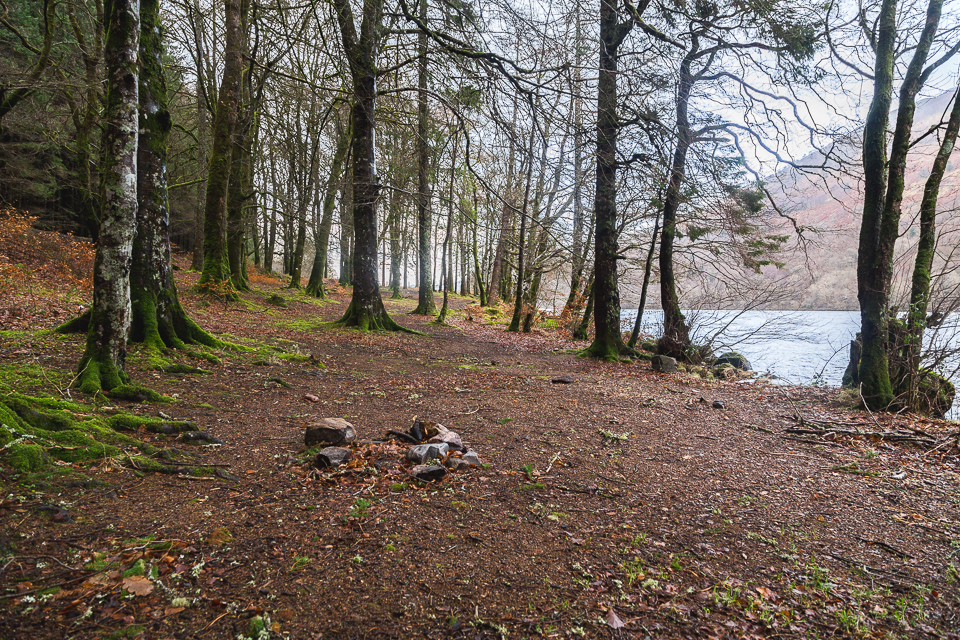 This is the road north and the Isle of Skye in northwestern Scotland.

After following the girl I love almost exactly half-way around the globe to Europe, I had the good fortune of finding myself living and working in the heart of The United Kingdom; London city.

Having grown up on the isolated island of New Zealand in the South Pacific, I was utterly stunned by the proximity of innumerable dreamy photographic locations available to me. I tried to take advantage of this as best I could.

Of everywhere I went within my year living in London, the Isle of Skye outshone all others. An isle nestled alongside the coast of Scotland, connected to the mainland by a car-bearing bridge built so recently that it is younger then myself. This was our way in.

I north drove for three days through the highlands to reach Skye despite the barely receding flood waters still threatening to engulf the loch-side northern roads. The car was compact and built with city-life in mind, but still, we made the journey smoothly. The road which sweeps through remote and snowy mountain passes of the Five Sisters of Kintail was surprisingly well maintained and felt manageable for any competent driver who has the endurance to keep focused throughout the hours of foggy driving.

When we reached the Isle, notorious for being covered in cloud (hence the name, Skye), it was mid-winter. This is supposedly the worst time of year to visit, but the weather behaved nicely for us, taking frequent sunny breaks from it’s sessions of icy rain. However, I was told the clouds hadn’t parted at all in the weeks proceeding my visit. Regardless of what time of year you visit, be prepared to get wet.

If you wanted to spend several nights outdoors, I would recommend traveling in a more mild time of year. For me, the dark winter clouds felt like they reflected the Isle’s true character.

We spent only a handful of days circling the Isle. This is enough if you have a tight schedule like I did, especially given that a lot of the most spectacular sights are within an hour hike from the road.

The Isle of Skye and The Road North which leads to it feel surreal and I still haven’t placed exactly why. But I do know it was the color palette that left the biggest impression on me. I have spent many hours trying to bring that to life in these pictures.

I started taking photos early in my life in very typical ways. I obsessively recorded adventures with my friends throughout my early teenage years, I studied photography in high school spending hours, upon hours in the darkroom and of course, completing my assignments a week later then the deadline and I used some of my first pay cheques to purchase a DSLR. But I really accredit the origin of my passion for photography to one odd influence, Pokemon Snap.

For those of you who haven’t played it, Pokemon Snap is an adventure game which appeared on a Nintendo system in 1999. The player moved down a set path as various creatures act out all sorts of strange and photogenic behavior around them. It’s up to the player to focus and compose unique and interesting images, saving the use of your roll of film for those moments which really pop.

There was something so adventurous and so simple about the game that it captured me immensely. It encouraged the fundamental elements of composure by applauding images with centered subjects, but held images with rare and intimate moments in even higher regard – even better were images with both elements involved.

The game taught me the beginnings of photographic technique, but ironically, the hours I spent inside playing that game also started a passion for me to get out try to capture the real life wilderness.

Aside from old computer games I have been influenced by a lot of other photographers. Ansel Adams and Kevin Russ for their adventurous spirit. Joey L for his technique and willingness to share. Akila Berjaoui for her intimate portraits that feel like your right there on the beach with the model. I’m also influenced a lot by the endless sea of talent curated on sites like FFFFOUND.

I use a rough and ready weather-proofed Canon 6D with a battery pack to keep me going all day and night. For lenses I use 17-40mm f4, 24-105mm f4 and the 50mm f1.4. I also use a Hahnel Giga T Pro II trigger for time lapse and a Light Craft Workshop Fader ND, a carbon fibre Manfrotto tripod which weighs a nice small amount, and an armful of 16GB fast SD cards.

I love my Langly Alpha Camera Bag. Weatherproof and slick, it’s got room for everything and is put together well. Best of all it doesn’t jump out as a bag full of thousands of dollars worth of equipment and so, hasn’t yet caught the eye of anybody with sticky fingers.

I don’t go anywhere without a disposable Kodak or Polaroid camera, just to keep a bit of mystery in the process. You never know what you will get back from those cameras.

Oh, and I used to never go anywhere without the colorful wooly scarf my mum knitted me. But I recently lost it somewhere out in the world. Mum, knit me another one please!

Iceland is at the top of my list for places in the world to shoot. I would love to circle the country by car in the summer months.

Other places that seem exceptional to me are Alaska, Antarctica and Yellowstone. I would also love to spend some time doing a photographic study of Korean city life.