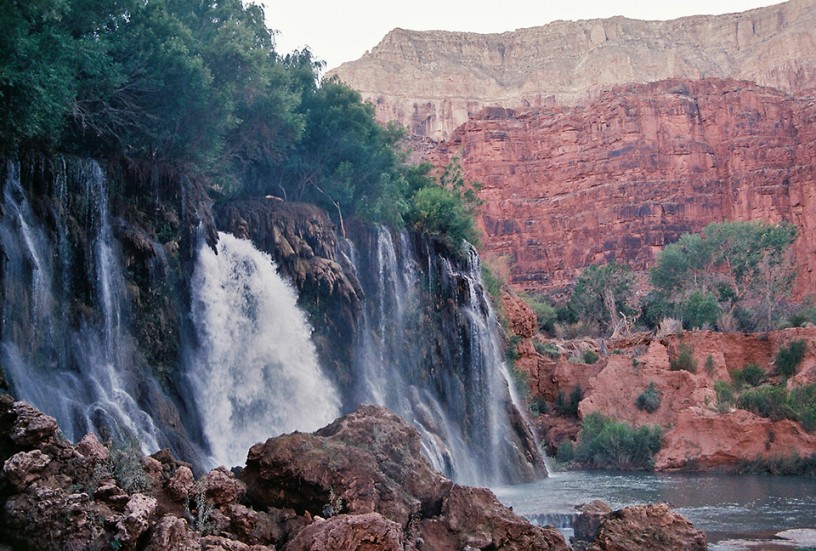 Chris Moody is a photographer from the United States, and his submission includes photos from Havasupai Canyon, found within the larger Grand Canyon in Arizona. The Havasupai American Indian tribe who inhabit the area have a history in the area lasting 800 years, and the village of Supai, found within the canyon, is known as the most remote town in the contiguous United States. I love reading about remote and desolate places within the United States, and Havaasupai Canyon caught my eye in an article about such places. His submission includes a variety of photos from the adventure, and I personally love that he lists two of my favorite bands - Built to Spill and Explosions In The Sky - as creative influences. Chris was chosen by Issue Five photographer Nicola Odemann. 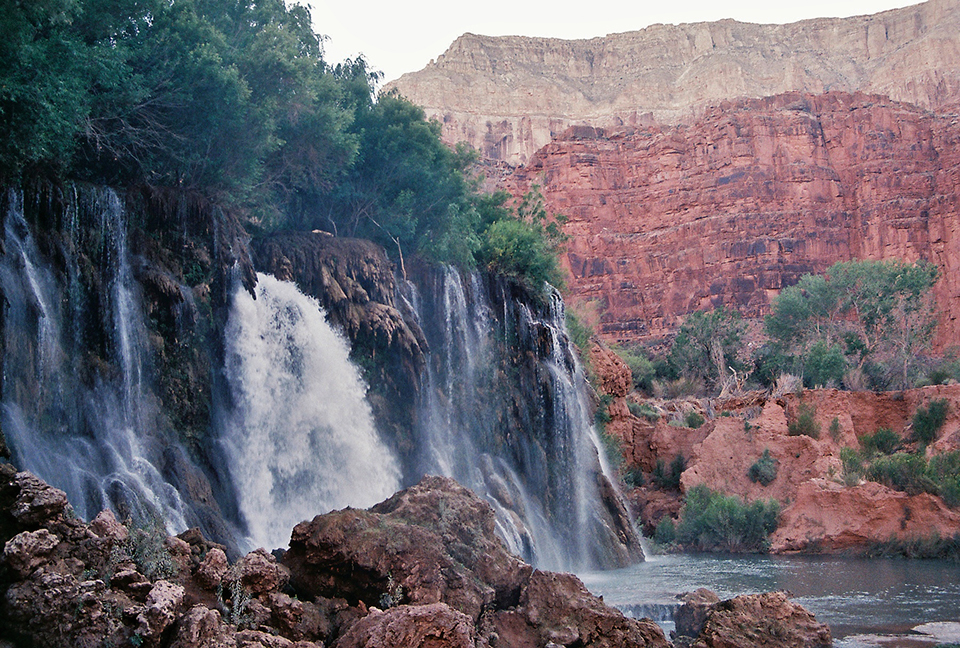 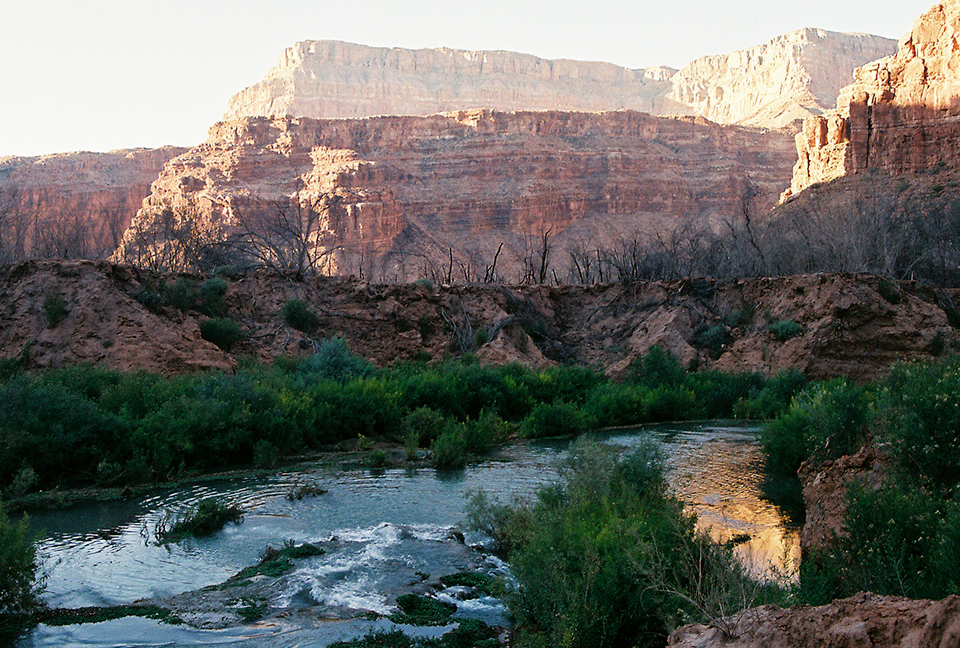 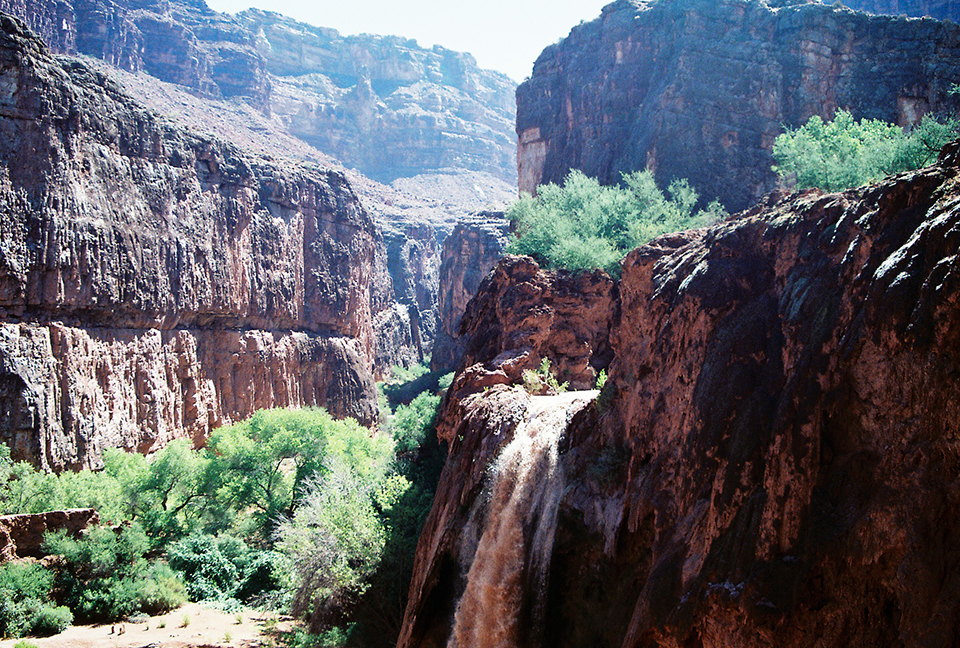 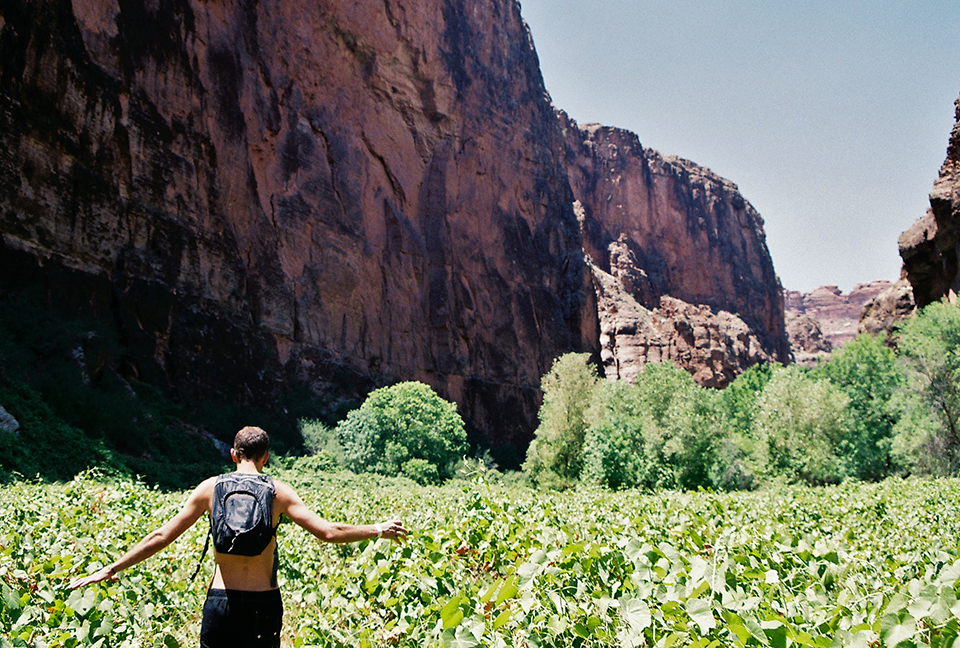 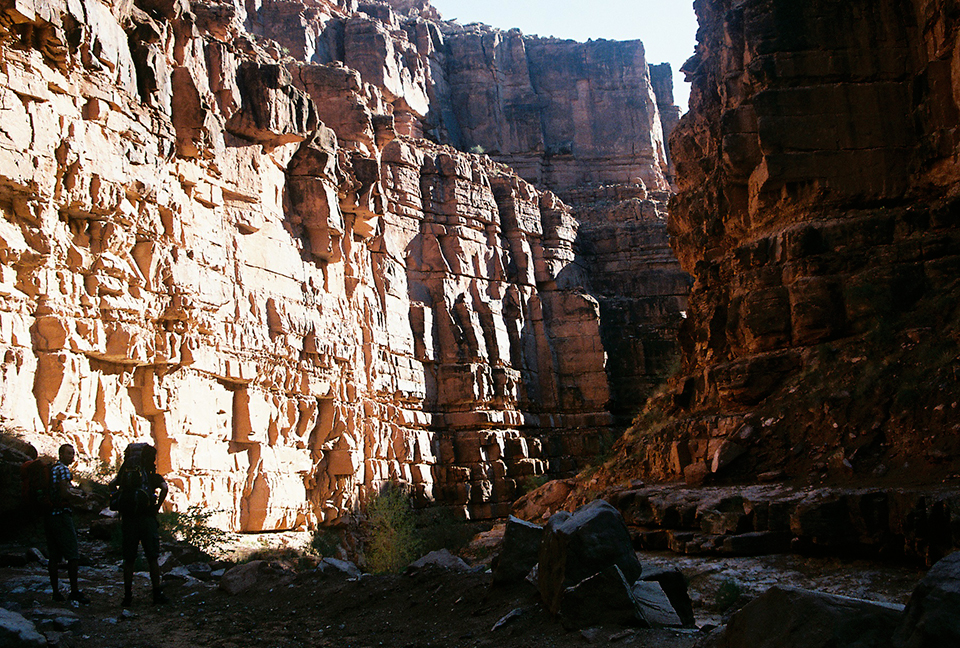 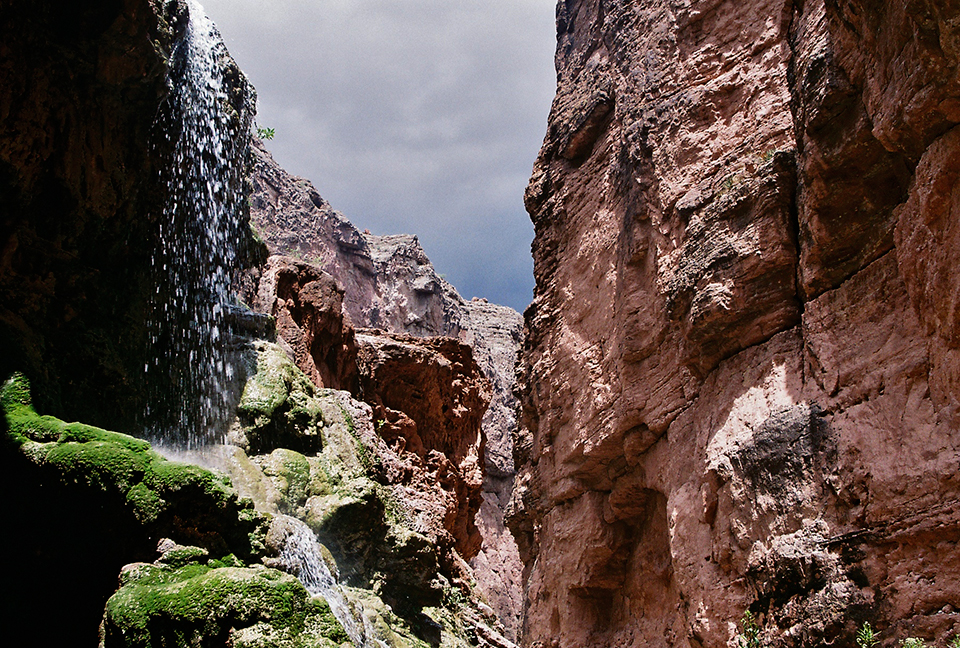 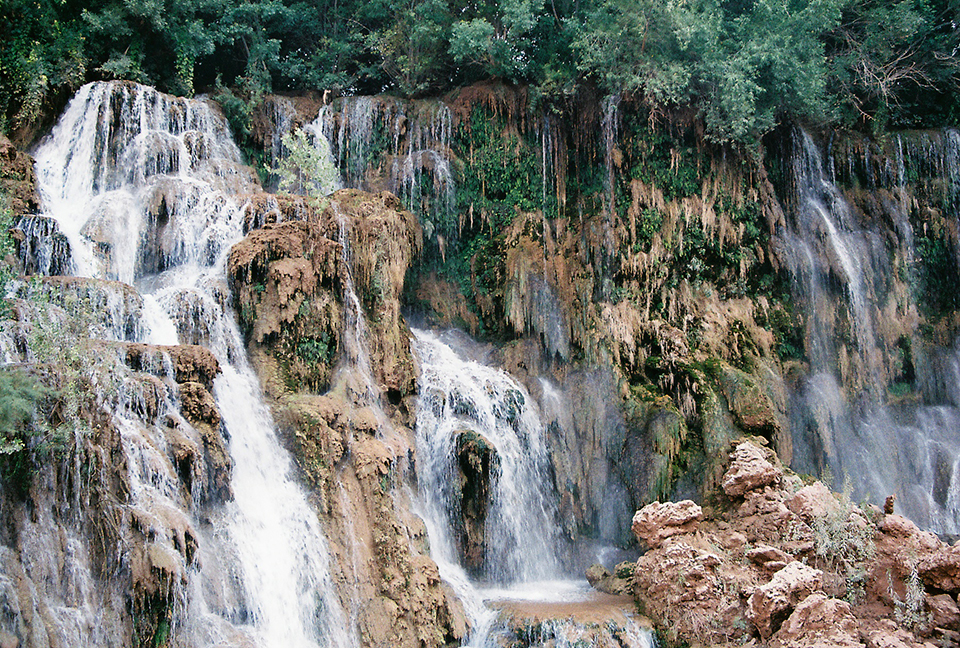 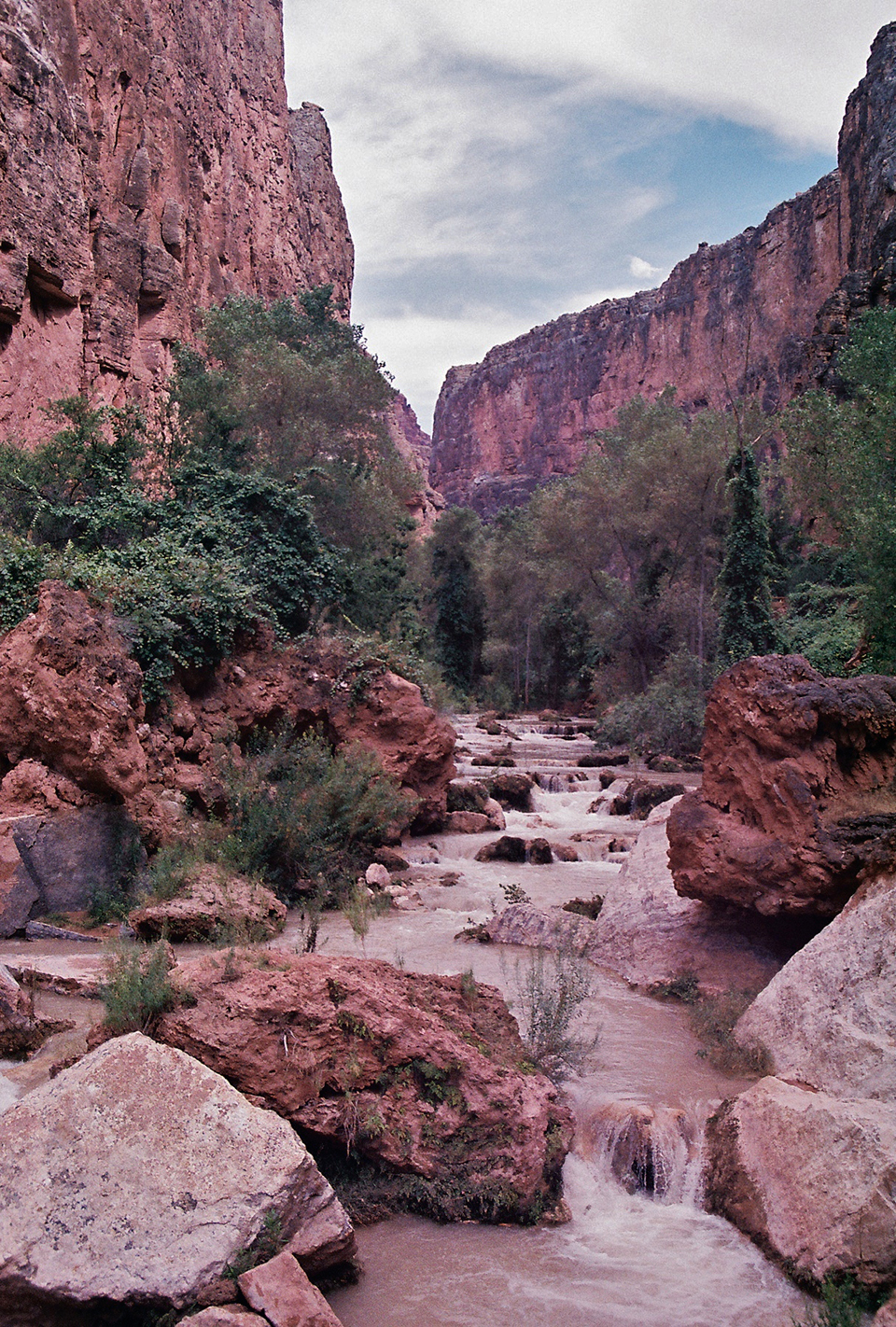 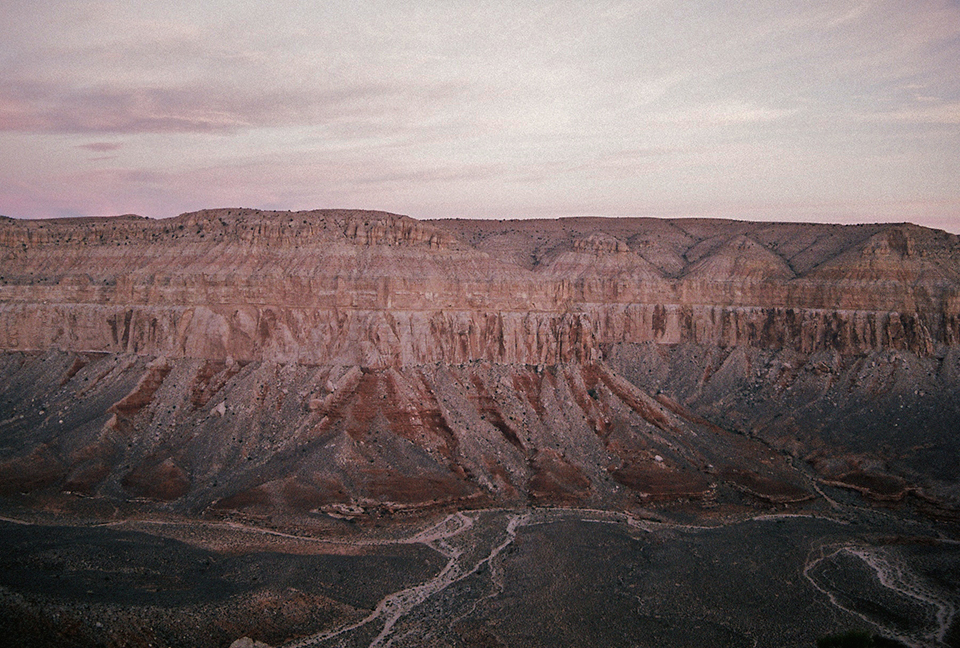 We all know of this place, it’s Mariana’s sister who raised above the water when times demanded a change. A time capsule, a vicious world, a dream, a hole in the ground, the Grand Canyon is the major land canyon of them all, full of so many secrets and lives. I had just met two guys in Utah who were going on a trip to Havasupai and luckily I was welcomed along, we took off in the night following distant storms and made it hours before dawn under the stars on a rim.

At the first break of light we descended into the new world, as we reached the bottom the sun joined us. The river bed was dry and there was no sign of the monsoon that just struck the land hours earlier. In the early hours of the day we arrived at the Village of Supai where the natives still live and speak their own language, although the land has lost a lot of original tradition due to the popularity of the place.

A couple miles downstream is the paradise where water falls, flows, and gives an abundant source of life. Lush lands inside of a desert canyon! The monsoons had hit hours before we settled down into the canyon off the rim, the rivers and creeks were flood brown instead of the mineral rich milky blue, and the land was changed. After every monsoon and major flood this place changes, The Grand Canyon is ever changing and has so much change captured inside of it, no slot canyon is the same and neither will it be. You could see the land giving way to new canyons, new directions, from every big rain. It’s wonderful to know that this place will be different every moment from floods to droughts, life to death, from flats to new winding canyons, storms to typical desert sun, etc.

We stayed our welcome exploring canyons and looking up to see the sky a narrow passage. Jumping off big falls, hanging behind the water’s veil, seeing spoiled traditions, sleeping with dying dogs, swimming in the mellows, finding shade, bare feet, sunshine, hiking, drinking from the springs, and not thinking about anything above the canyon was how we spent our days. In the dusk we left, hiking out in the dark coolness of the night guided by the stars and it’s clusters. I love the dark and the light! I still haven’t seen the Canyon of Grand from it’s rim though, only from deep within….

My mom always took Polaroids and disposables, and every so often i would get a disposable of my own and have fun with that. It wasn’t until my older brother got a digital camera that he didn’t use that I really began taking pictures more than often. I began to photograph the new sun every morning before school and then would take photographs of skating after school and everything in between. Now I am taking pictures of everything, though mostly of a dream life in wild America.

I don’t think so… although I do feel that Built To Spill, Eric Hansen, David Hockney, my mother father & brother, friends, Earth, space, water, Explosions in the Sky, Mars, cities, the Sun, vast nothing, everything, no one, my own self, and everyone have obviously influenced my life.

it changes sometimes, but mostly consists of disposables, my Nikon-FM 10, and any film around.

A big heart and good deals on film!

Ugh, this whole life is a dream world!