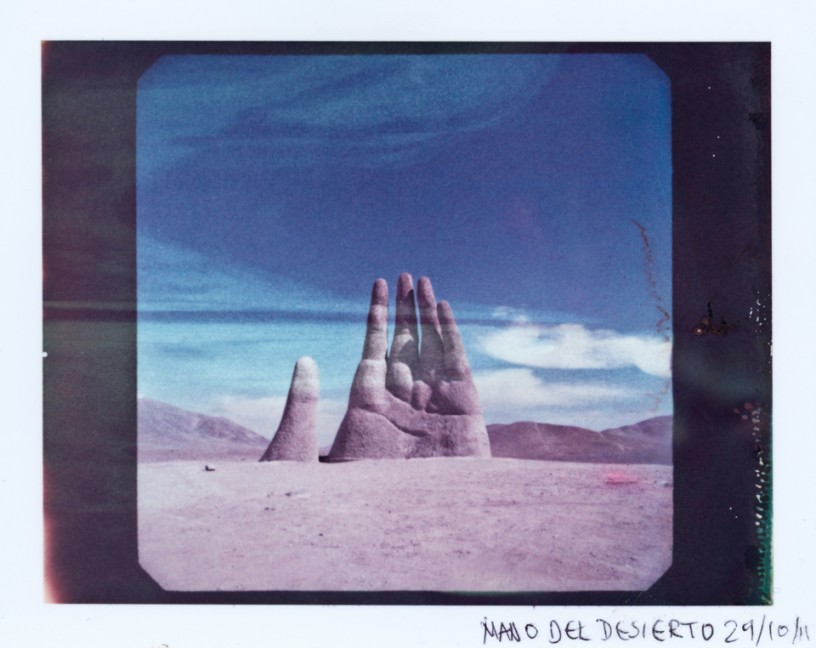 Reuben Wu is a photographer you may know from outside the world of photography. As a founding member of the British band Ladytron, Reuben is a musician from England who has been traveling the world with the band since the early 2000's. Along the way he's taken photos to document their travels, but started taking photos more seriously around 2008. His imagery seems to show up across the web on a variety of websites, and it's really cool to see how it has been incorporated into the band's visual style. His submission includes Polaroids from a trip to the Atacama Desert in Chile, and he was selected by Issue Four photographer Alexander Kopatz. 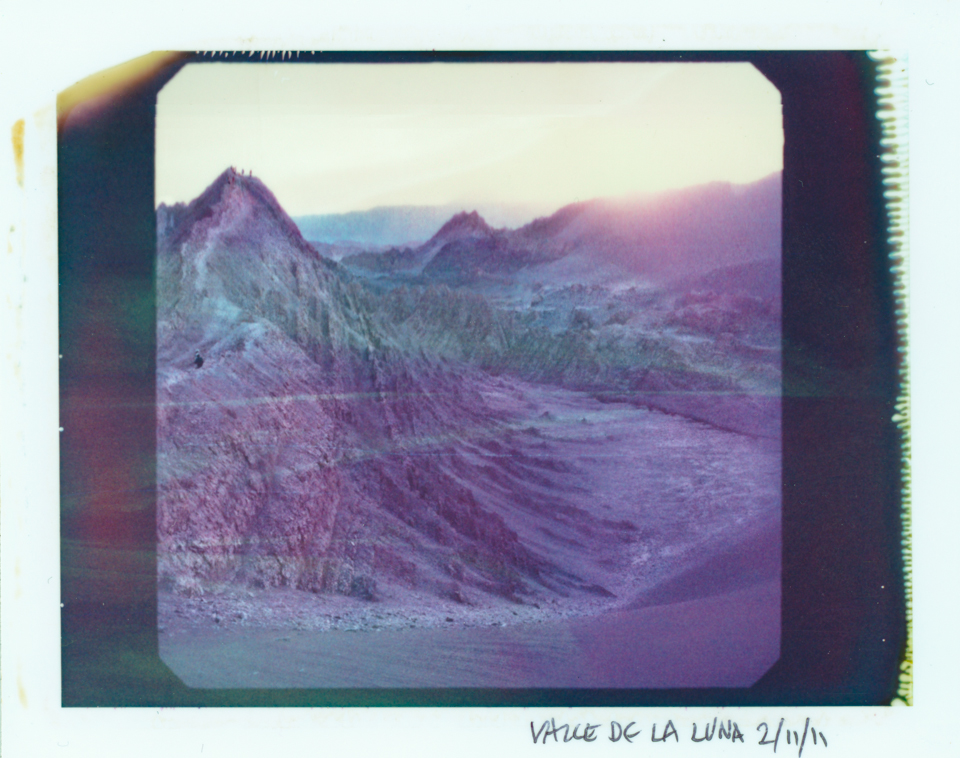 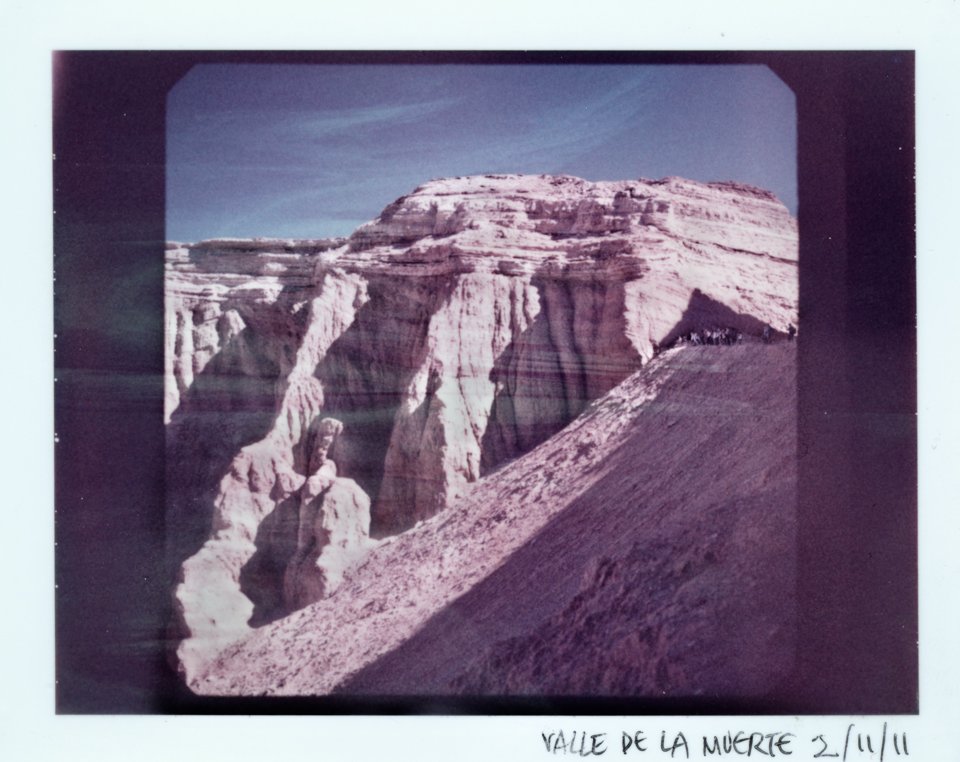 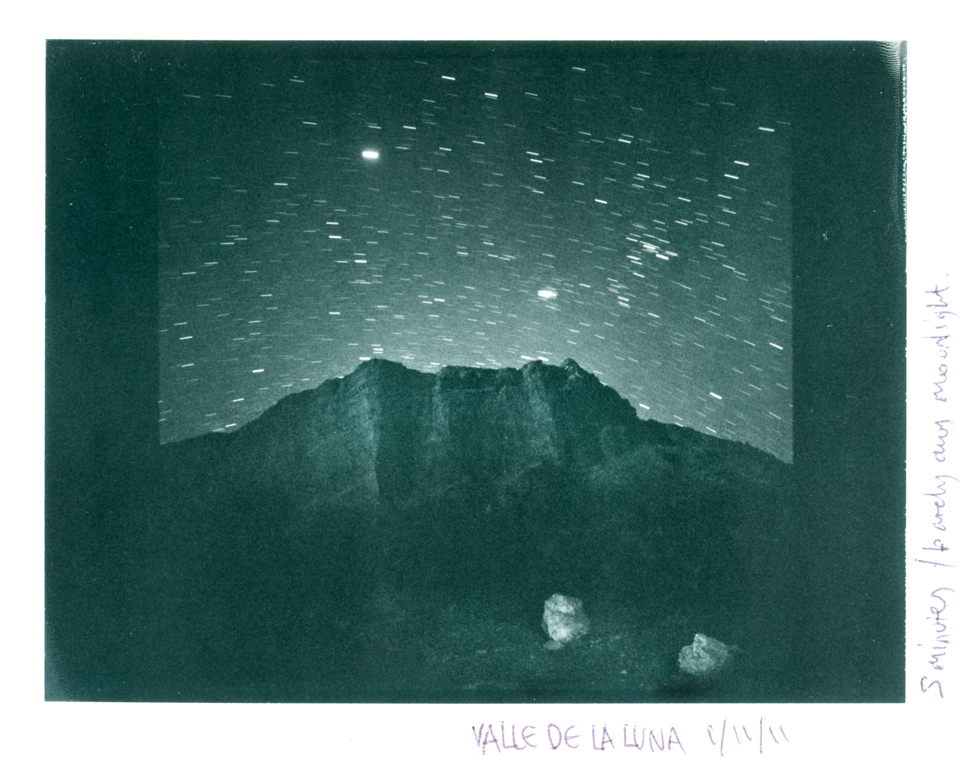 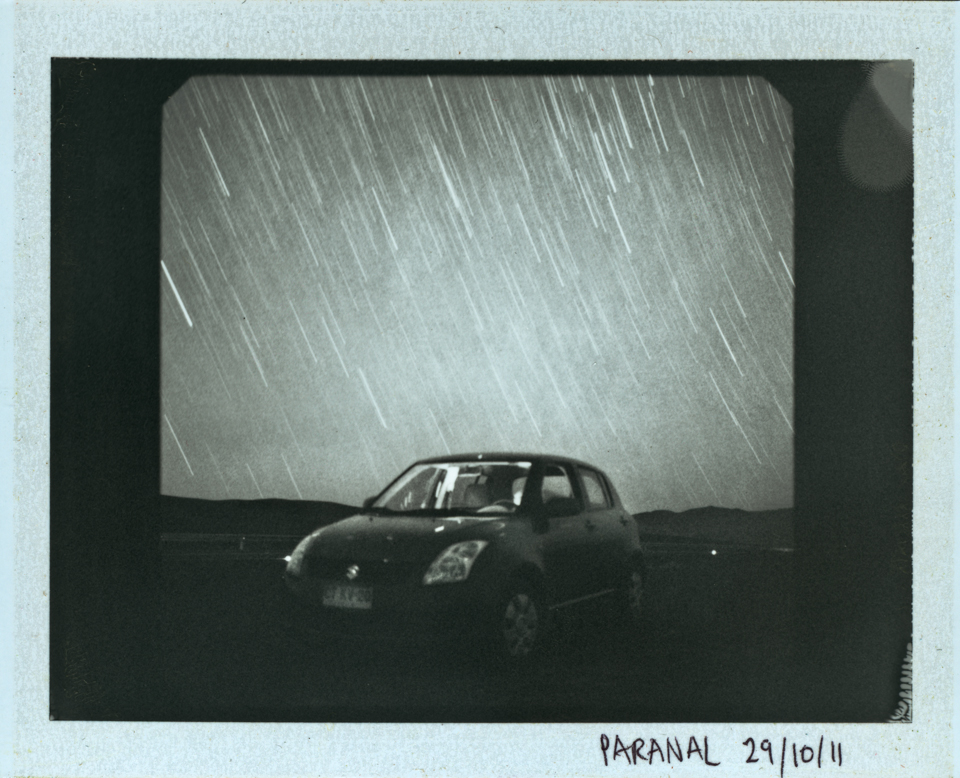 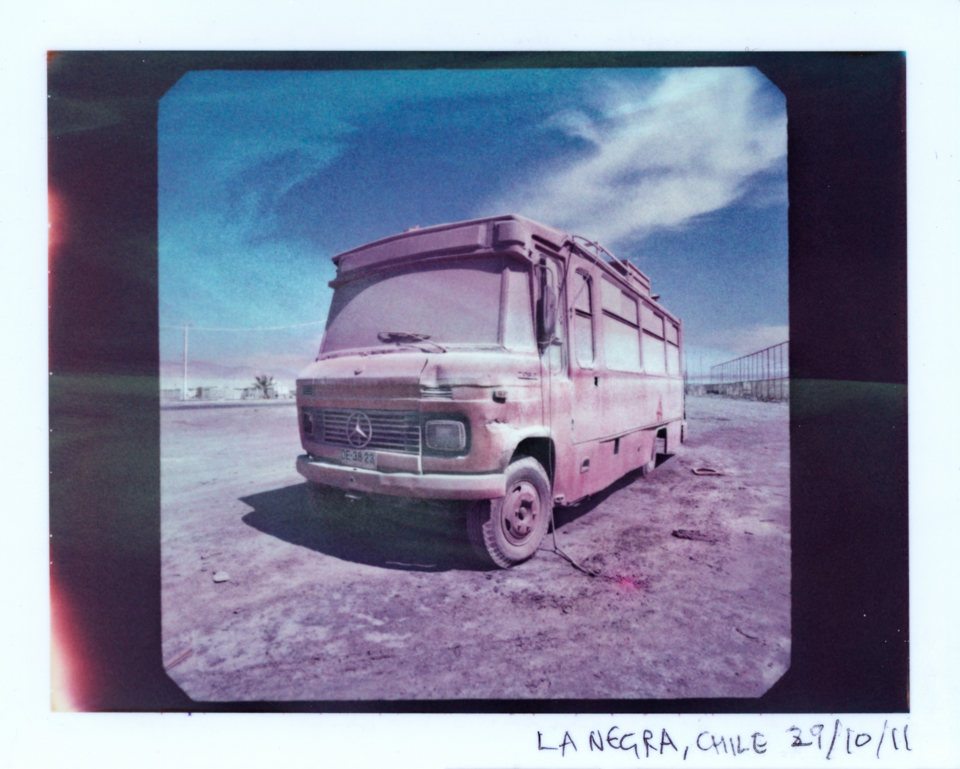 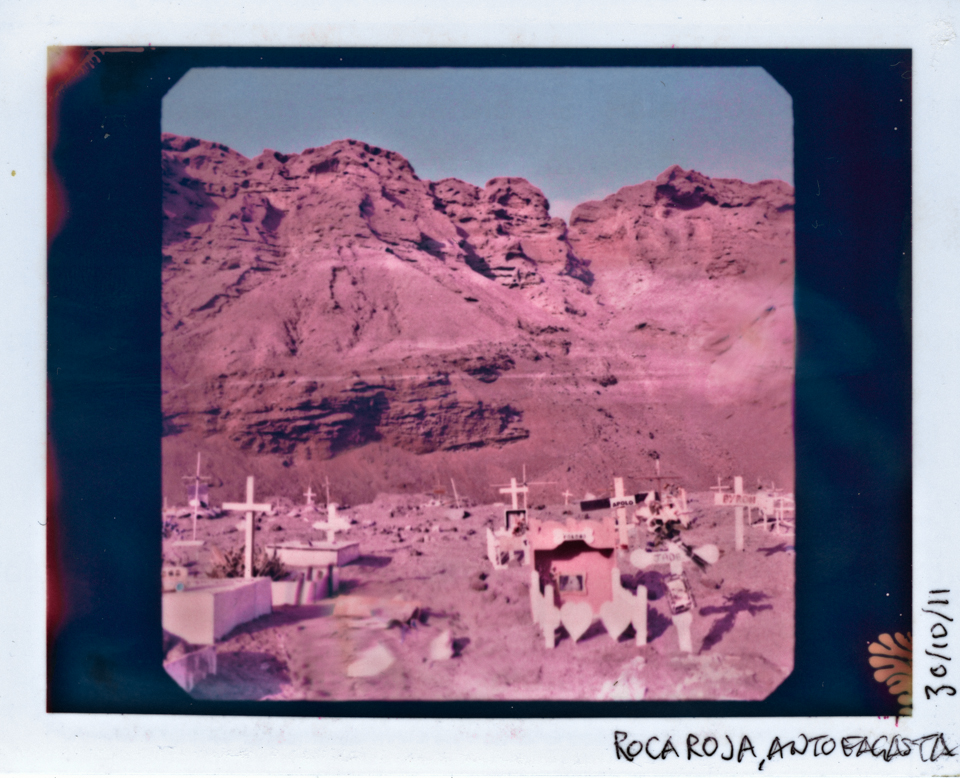 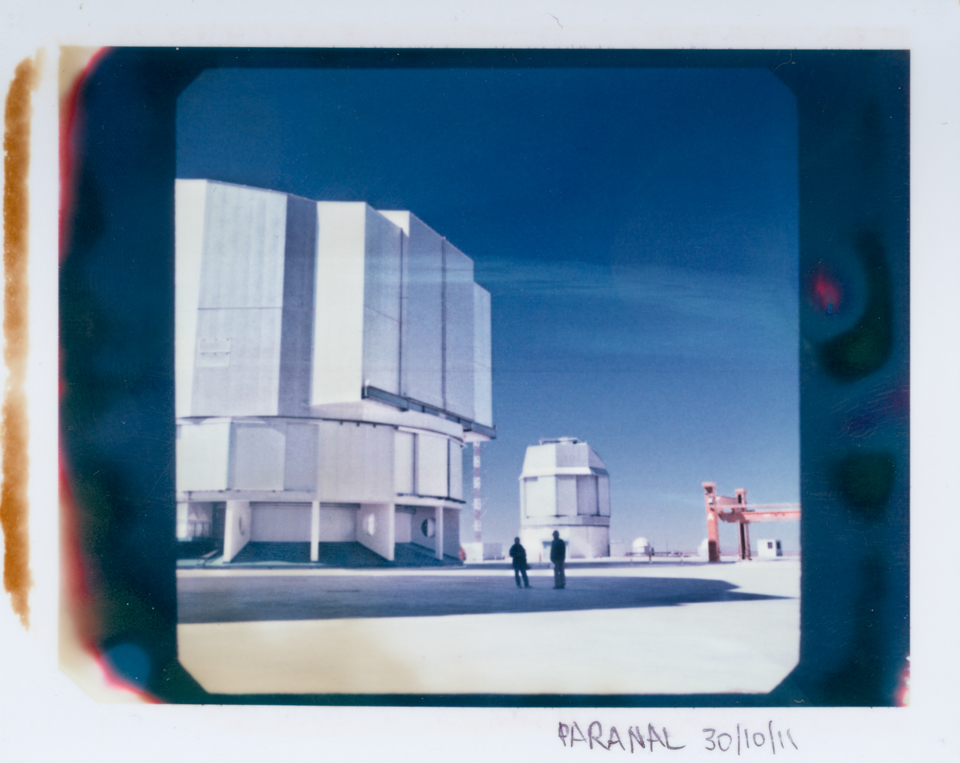 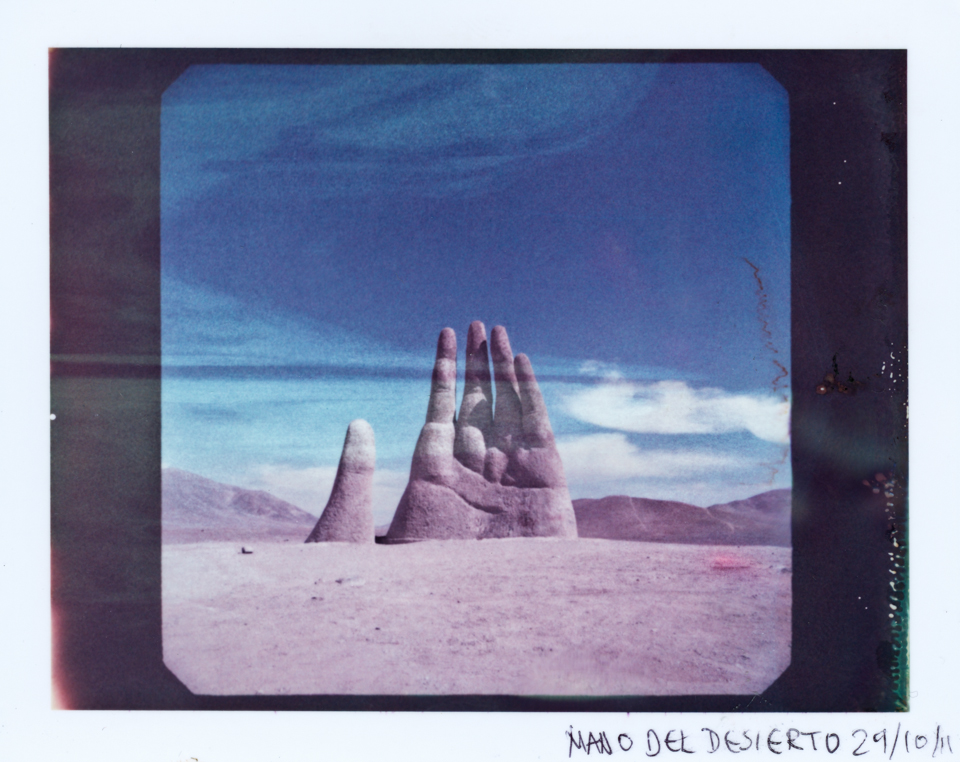 Since visiting the observatories of Hawaii and the radar fields of Svalbard, I had wanted to travel to the Atacama Desert in northern Chile to see Paranal Observatory, which stands on top of the mountain Cerro Paranal. I took a bus in Santiago and travelled north for about 20 hours before I arrived in the industrial city of Antofagasta, where I stayed for a couple of days to get over my jet lag and to meet a friend. To reach Paranal, I rented a car and drove inland into the desert and stopped off at a few sites I had found in my research including La Mano del Desierto, a surreal-looking sculpture and a strange pet cemetery overlooked by some red sandstone cliffs.

I wanted to see if I could stay a night at the observatory, but they told me I wasn’t allowed. So I decided to go and park as close as I could and explore and then sleep in the car. It’s an incredible place after the sun has gone down, the road up to the top is lined with signs telling you to use your sidelights only. While I’m not religious, it definitely had an almost sacred ‘cathedral of science’ atmosphere, or at least that was the idea I enjoyed entertaining.

After a day at Paranal, I headed further north, again in a bus to San Pedro de Atacama, where the most impressive desert scenery is. I stayed in a hostel and rented a bicycle and rode out into Valle de la Luna at around 10pm, with the moon bright enough to light my way without a head torch. It was an overwhelming but reassuring silence broken occasionally by the knocking sound of the rock as it contracts and cools, and there really was no living thing around for miles.

I spent the next few days travelling in the area, mainly avoiding the sunlight and exploring at dusk or dawn. I wanted to head even further north into Bolivia but I was running out of time and I had to travel back to Santiago to meet the rest of my band to start a live tour in South America. Chile is one of my favourite countries because it has such a range of spectacular scenery, and it’s also quite easy to navigate as a lone traveller, and the food and Pisco Sours are a real treat.

I was lucky enough to return the following year to hike and explore Southern Patagonia, but that is another adventure.

I started taking pictures as a way of documenting my travels with my band Ladytron, but it really was from 2008 when I decided to take it more seriously, travelling further afield and making time to research and experimenting with interesting cameras, film and techniques. I realised I was in a very lucky situation where I was getting to visit all these countries and it was going to be a waste if I never took the opportunity to get more out of the experience.

I’m mostly influenced by novels, illustrators and painters. The artists Chris Foss, Moebius, Caspar David Friedrich and Frederic Edwin Church have an impact of how I present my work, and the novelists JG Ballard, Stanislaw Lem and Philip K Dick help me envision my themes. I don’t want to specify science fiction as an influence, as it’s more ‘speculative fiction’ which entertains my ideas of alternate realities, sublime landscapes and humankind’s doomed relationship with the environment.

My main work horse is a Mamiya RZ67, I use the 120 back and a couple of Polaroid backs with it and use Kodak Portra and original expired Polaroid film. The quality of the lenses is phenomenal, way better than any DSLR. However, I’ve decided to sell it! It’s a large camera and sometimes prevents me from bringing anything else with me on trips, especially if I’m walking. I also use a Leica M3, iPhone, Polaroid SLR 680, a Speed Graphic Pacemaker and a Canon 5D.

I’d love to photograph polar research stations in the Antarctic or the volcanoes of Java. At night of course.