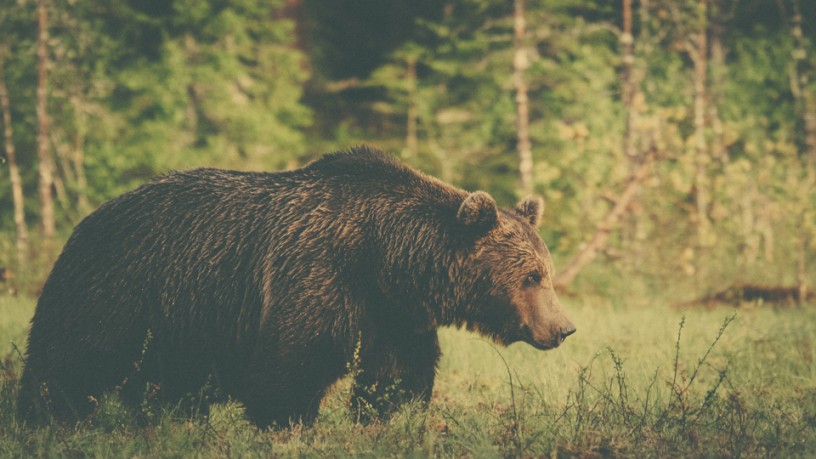 Alexander Kopatz is a photographer from Norway that I've come to know of on Instagram in the past several months, and his feed has always impressed me both in the moods his photos convey, and the high quality of the wildlife photos he posts. By day Alexander is a wildlife biologist, and his submission includes photos of bears that he studied with colleagues in Suomusalmi, Finland. He was chosen by Expedition Bureau. 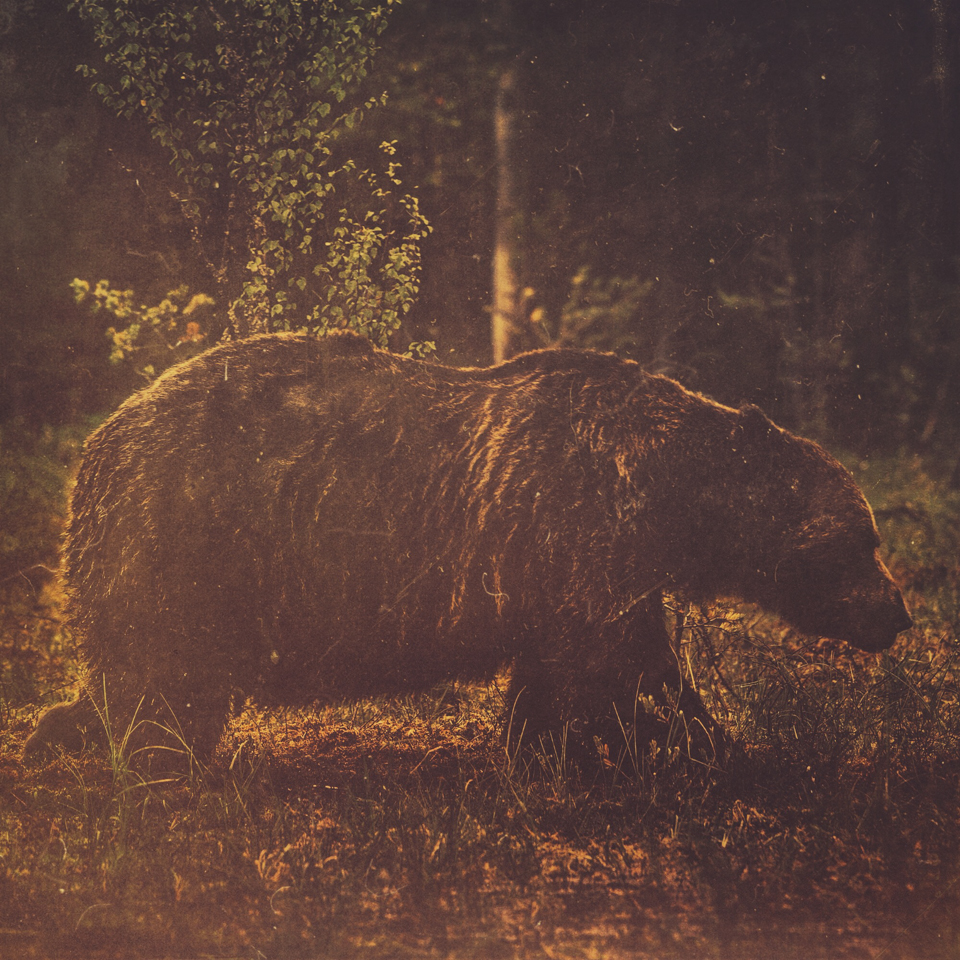 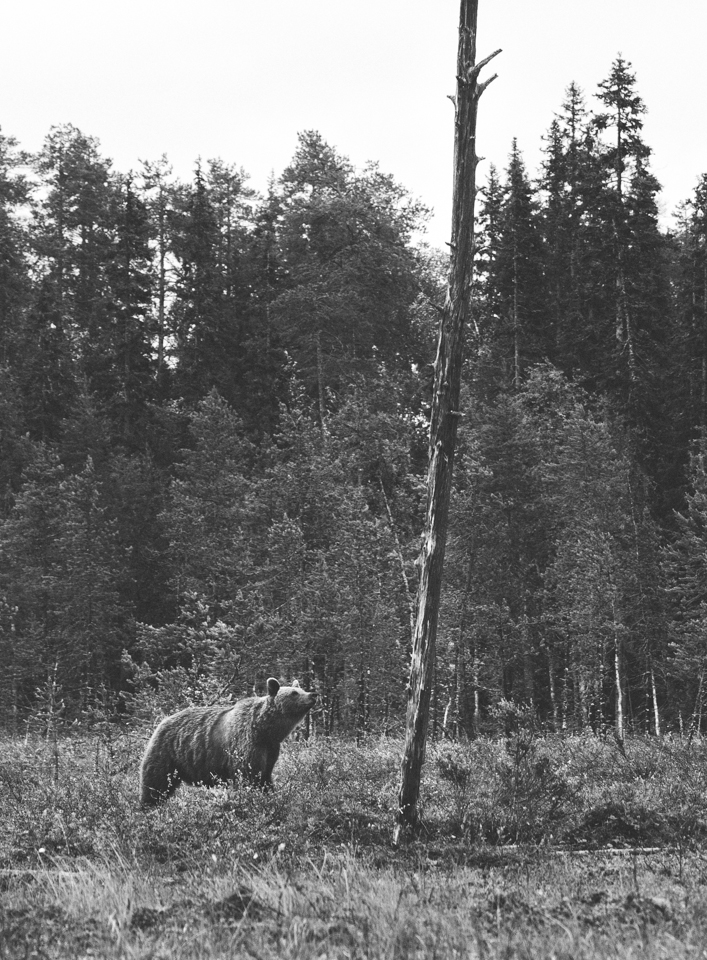 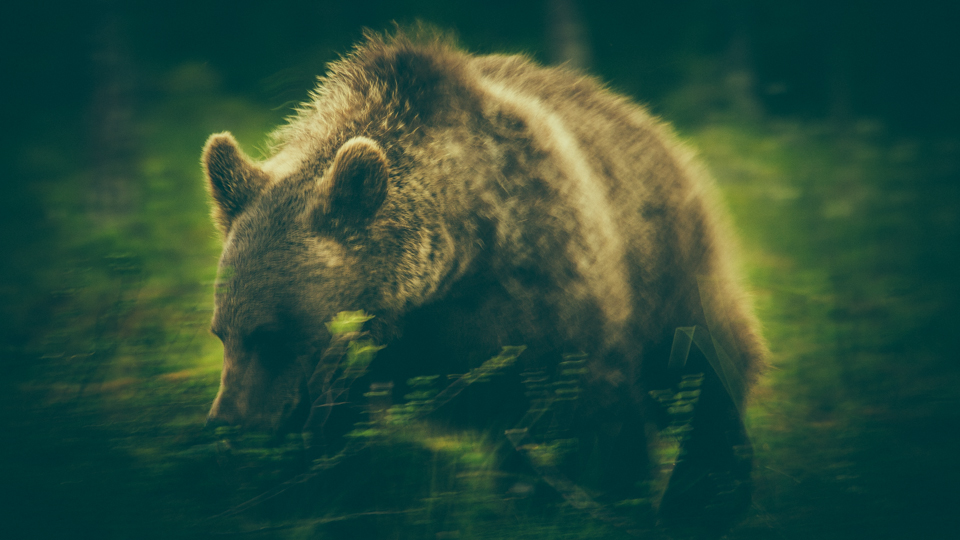 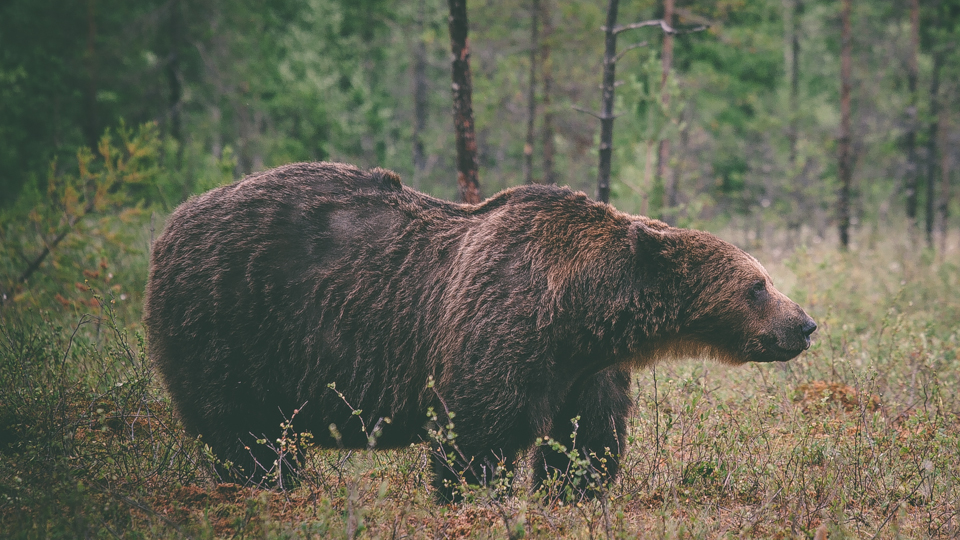 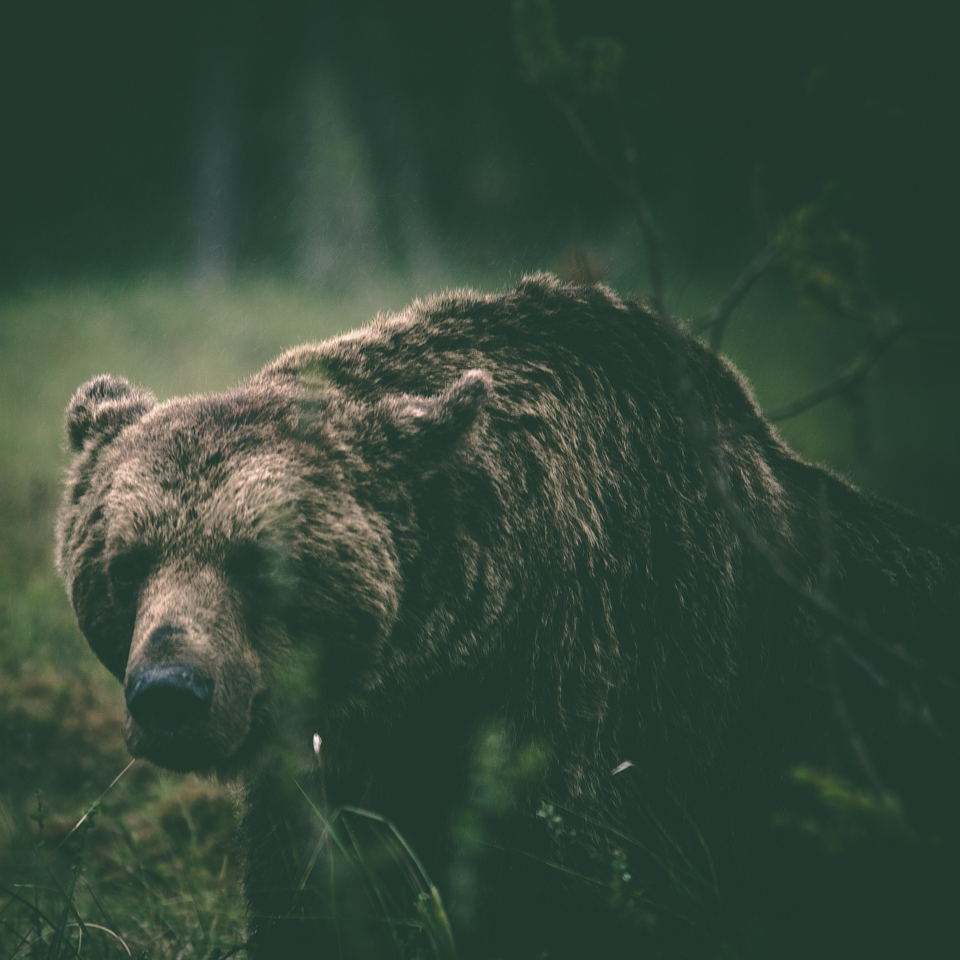 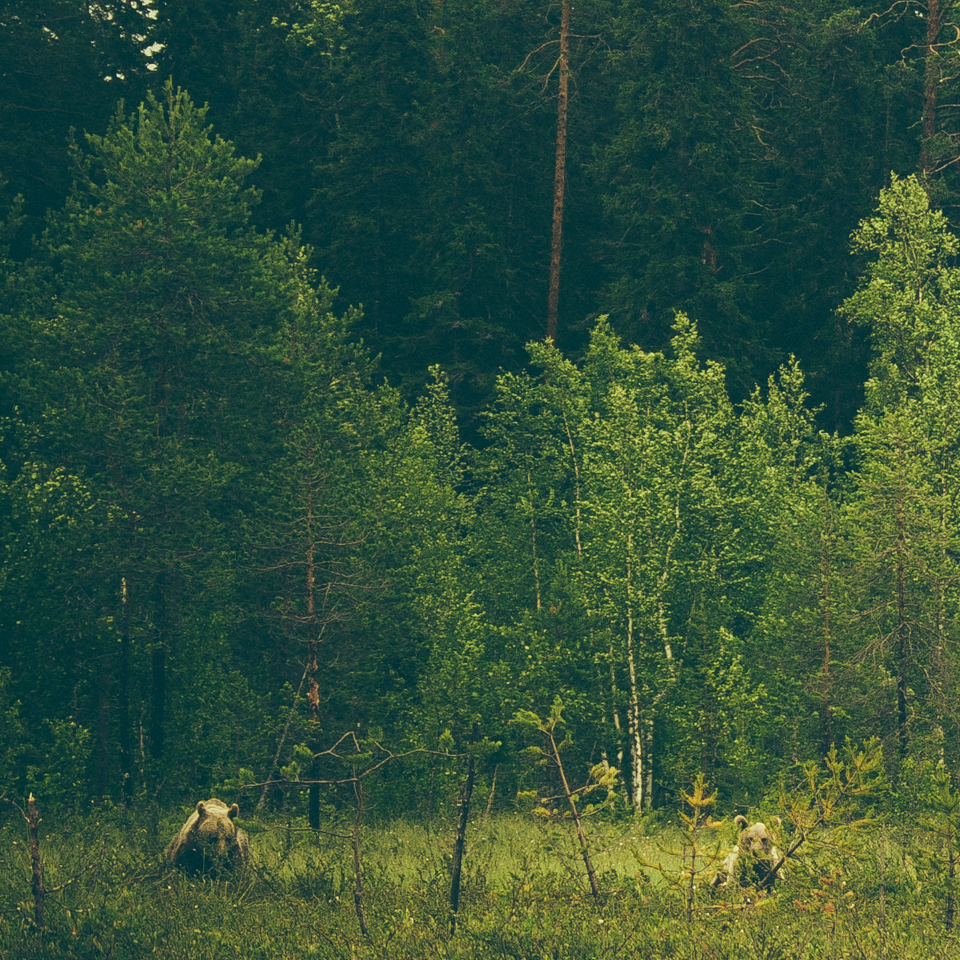 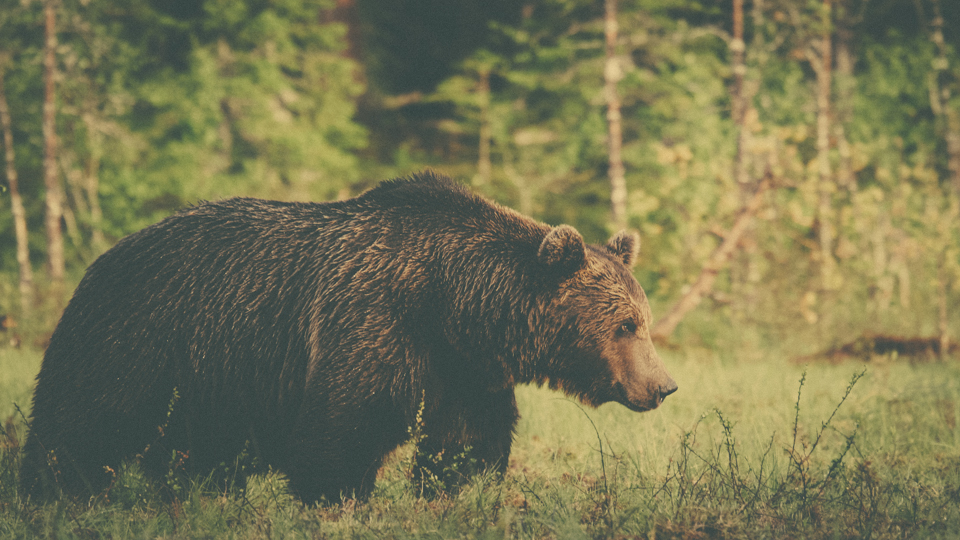 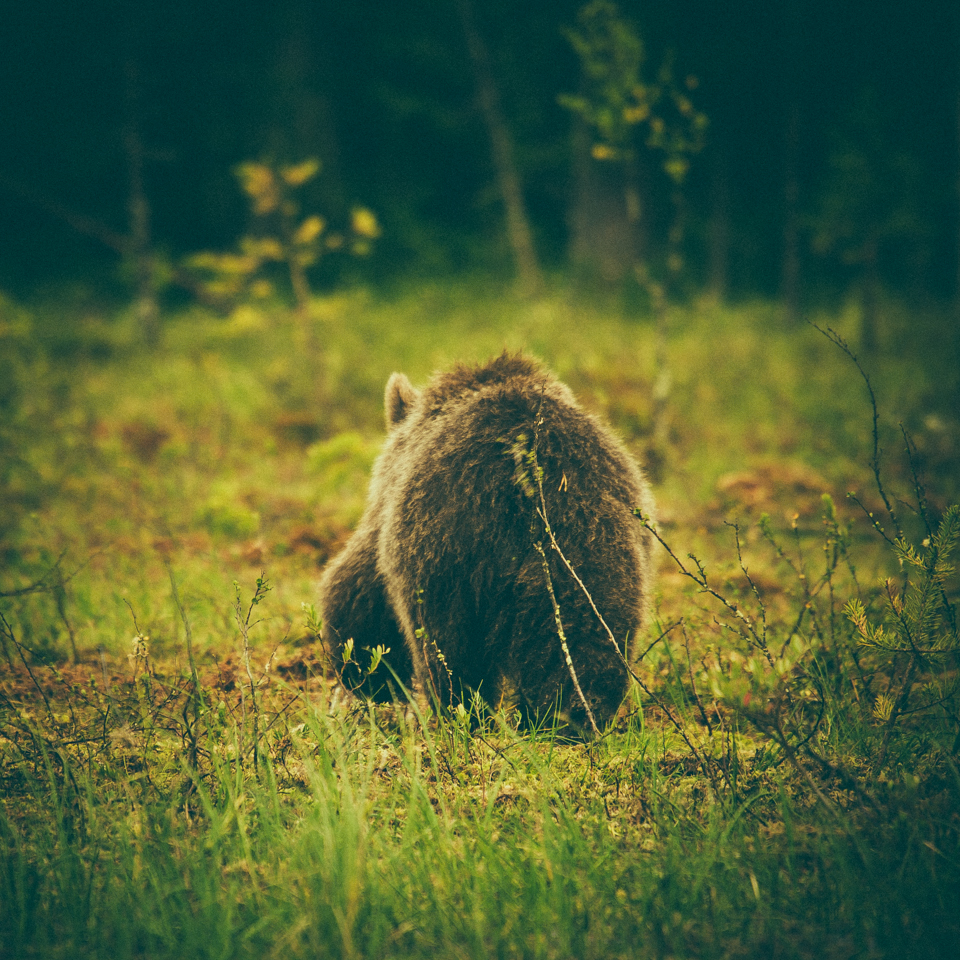 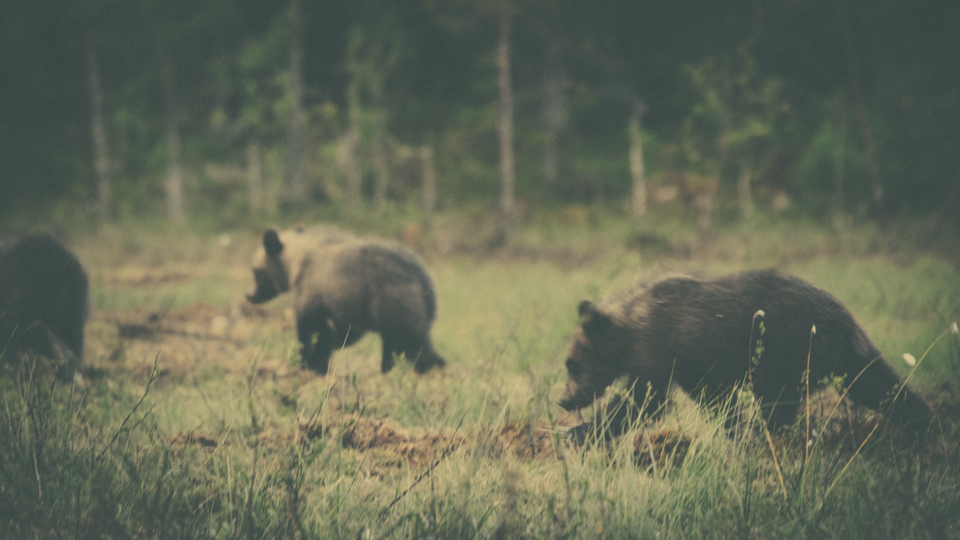 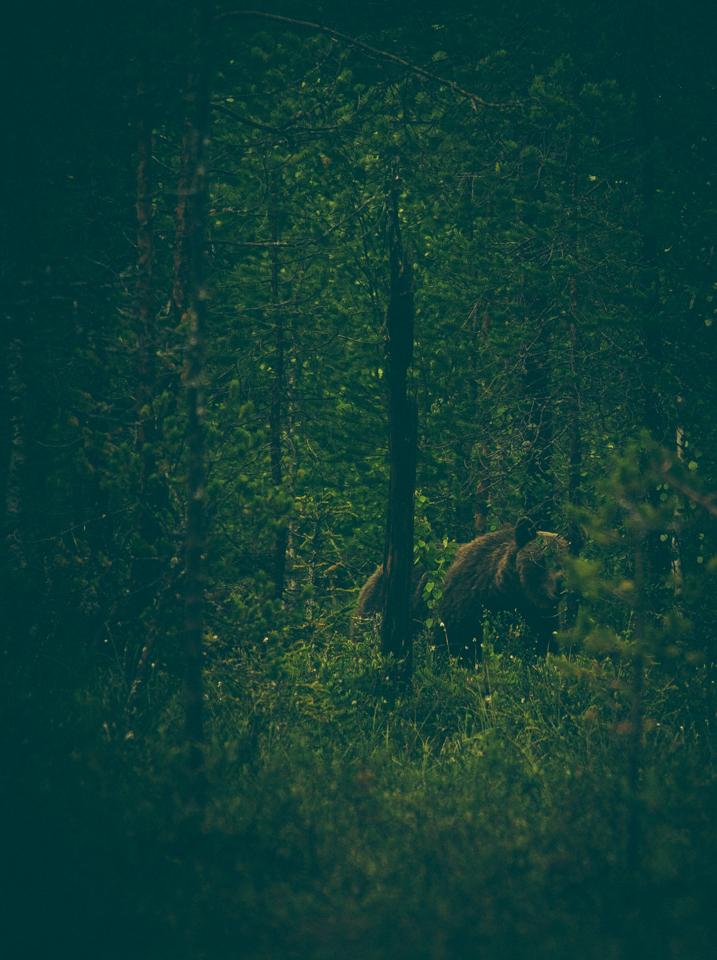 These photos were taken in Eastern Finland during a bright summer night, very close to the Finnish-Russian border. I am a wildlife biologist, and I, and two of my colleagues were visiting this place, where one could observe and photograph brown bears and other wildlife from blinds. Those bear observational sites, previously used solely by professional wildlife photographers, became very popular to a wider range of photographers and tourists during the last decade and make quite a turnover of money nowadays. Not that unimportant in such rural areas, in which jobs are scarce. However, for me as a wildlife researcher, I look from two directions on such businesses: first is the biological eye, which tells me that exploiting the responsive behavior of a large predator towards food, such as the brown bear, for the purpose of attraction to people and photographers, should be handled with extreme caution.

We still do not know much in what way these artificial feeding sites and the close presence of humans may alter the bears’ behavior, physiology and life overall in the area and on the long run. Secondly, I am fully aware of the educational and economic potential behind places like this. Only species, which are known by people, will be protected. And for such these are the only places in Europe, where you can observe and photograph bears, wolves, wolverines, eagles and other species. In such blinds you stay for more than 12 hours. Although you have an emergency toilet inside, I strongly recommend keeping your physiological needs to a minimum.

I was snapshooting since early childhood. Photography got a bit more intense during studies at university. To pay my bills I had a part time job in a company selling digital cameras. There I got into touch with digital photography and filming for the first time. Besides that I started collecting a few analog cameras as well and enjoyed having the choice of capturing on film or digital. However, analog photography became a bit too expensive for me and after university I did not had that much money to get a decent digital camera and therefore photography was in a way on pause. But I photographed still every now and then.

In 2010 I moved into the arctic to northern Norway. I was (and still I am) so blown away by the beauty surrounding me, especially those divers patterns of light throughout the year, including midnight sun in summer and polar night in winter. It was simply an urge and strong will growing to capture this intensity of beauty in a way I am seeing, feeling it. I bought a DSLR and that’s how I started, again.

I am influenced and inspired by almost anything that catches my eye and may watch at some situations or structures for minutes. Since childhood, the pioneers in expedition photography, such as Frank Hurley or Herbert Ponting, stun me. But talking about other photographers and artists, who have inspired me, the famous guys them, e.g. Henry Jackson and Eliot Porter, but as well urban photographers as Bernd and Hilla Becher and their modern successors Andreas Gursky.

Photography gear as well as clothing is of utmost importance for me, especially up here in the arctic. Using lenses by Zeiss was a revelation. Capturing the northern lights require warm clothes although the excitement of watching keeps me warm to some degree. I have a super warm parka, Fjällräven Barents Parka, with a lot of pockets to store gear in, e.g. remote control, brush, batteries and even lenses. The same applies to trousers in summer and autumn. Due to undergrowth and rocks they have to be extremely robust and having enough side pockets as well as a comfort fit.

I have not found an optimal yet, but the Lundhags Traverse Pant is my favorite so far. Often waterproof trousers are a must. For that I discovered the Urus 2 trousers by Geoff Anderson being extremely comfortable and useful. Unfortunately I scratched it on barbed wire last summer, while hair trapping bears. Robust but light boots for the field are the backbone of every trip. The terrain up here can be easily described as harsh with a landscape of alternating rocks, mires, swamps, forest and creeks. I love my Bielne High by Lundhags. A good backpack is extremely useful, right now I am testing the performance of the Lowepro Rover Pro 45 AW. Overall, I have not found the ideal composition of gear that meets my needs yet.

Chara Sands in Russia, Kerguelen Islands in the southern Indian ocean, the Altai Mountains in Kazakhstan and China, Lençois Maranhenses in Brazil, or simply travel along the Russian coast of the North-east passage until Kamchatka Peninsula. But next destinations will rather be Svalbard and the Kola Peninsula.