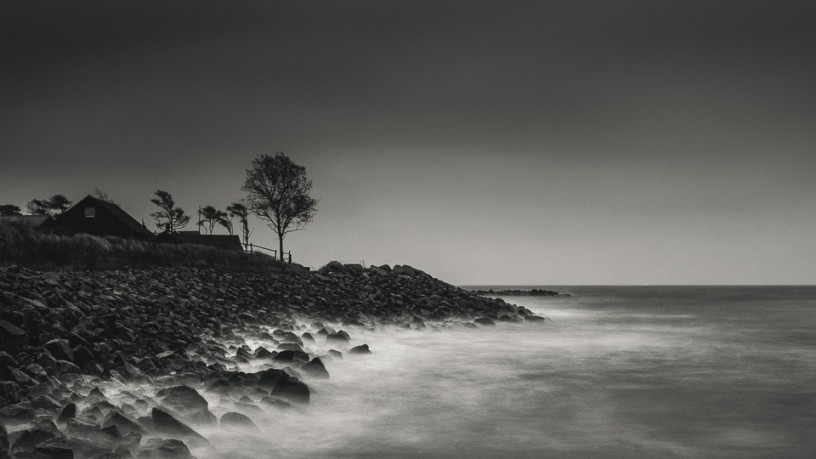 Peter Eriksson is a photographer from Tyresö, Sweden. There's a really unique quality to Peter's black and white landscape photos - they are at the same time full of mystery in how the dark exposures make you feel like there are no other people around for thousands of miles.  His submission includes photos from Österlen, Sweden, a town on the Baltic Sea. Peter was chosen by featured photographer Dan Isaac Wallin. 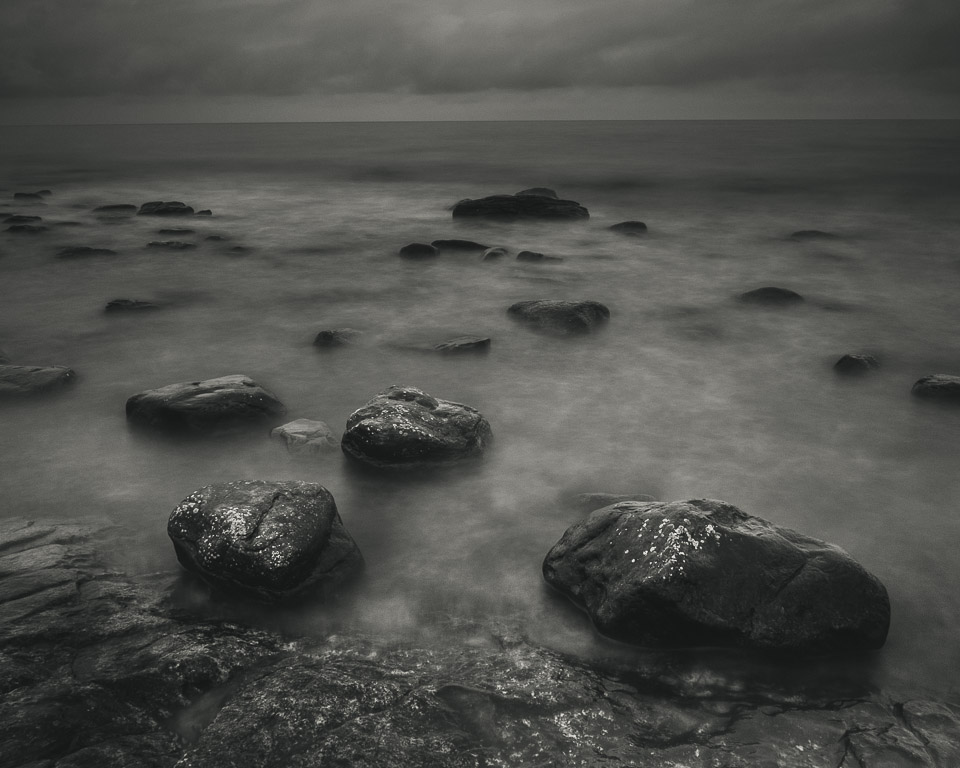 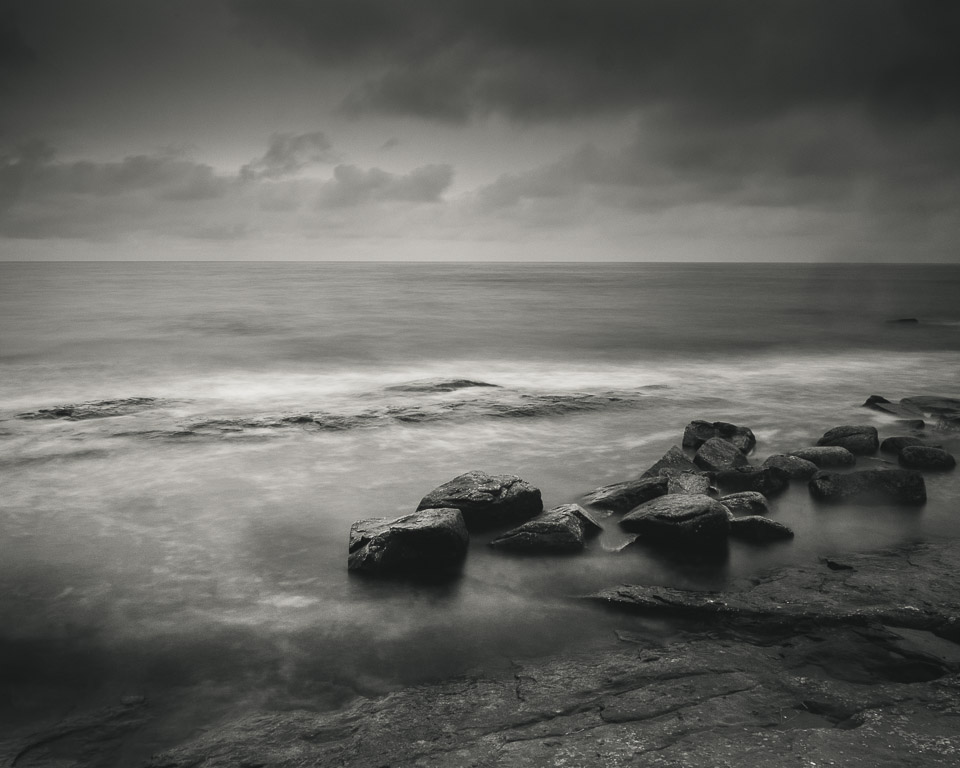 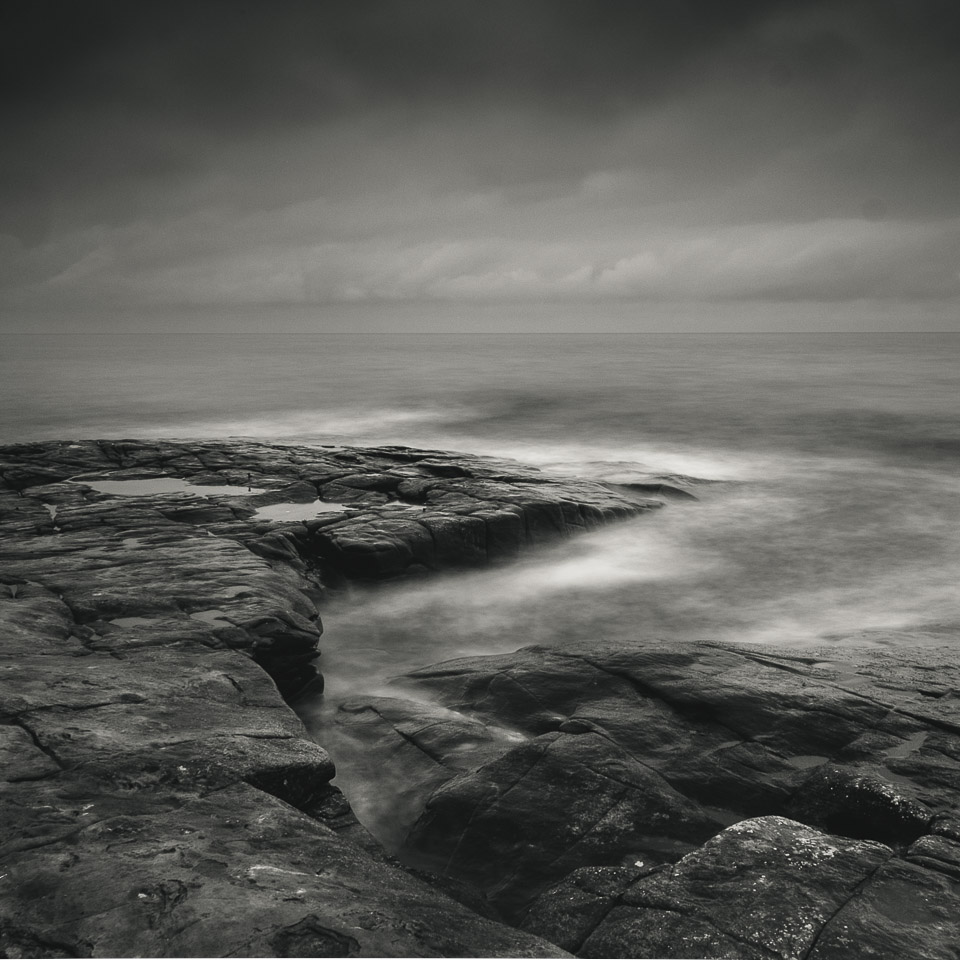 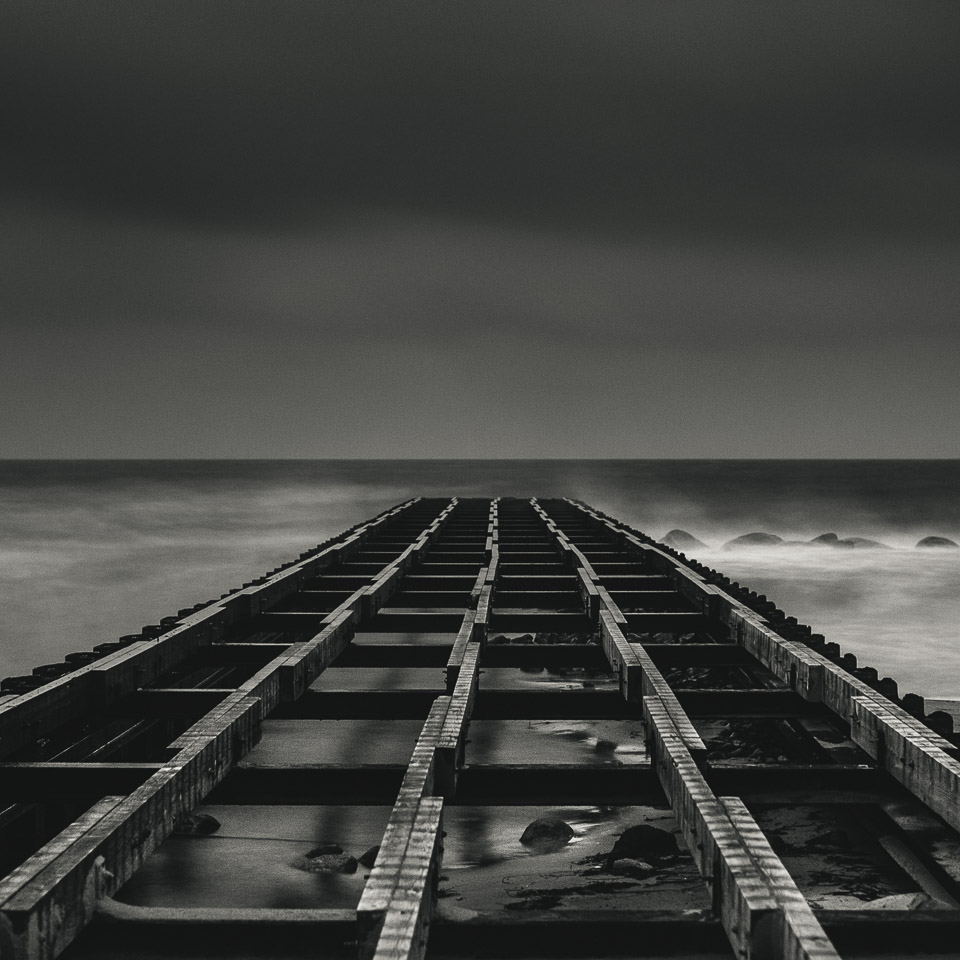 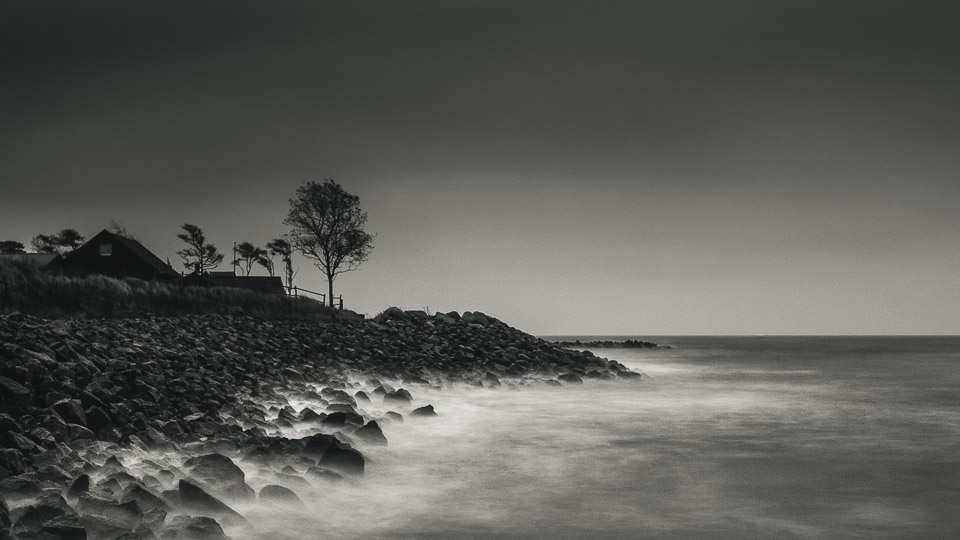 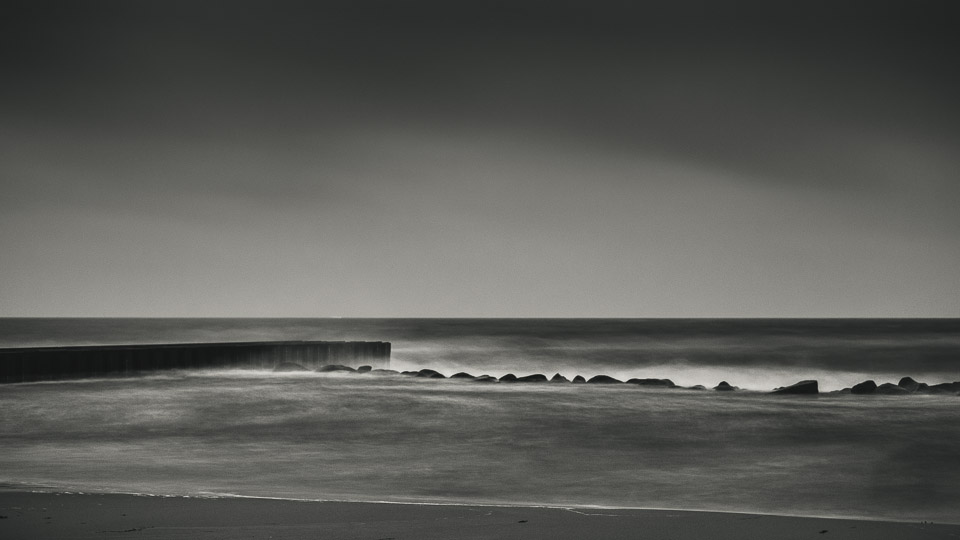 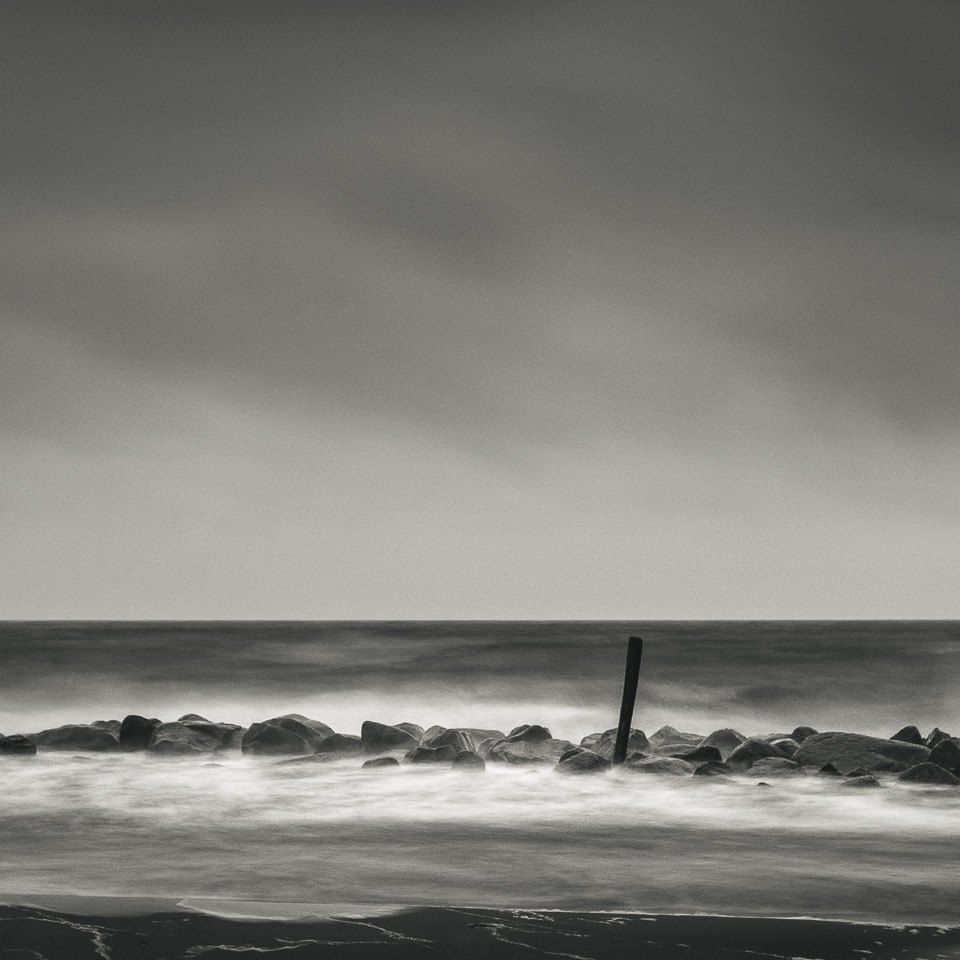 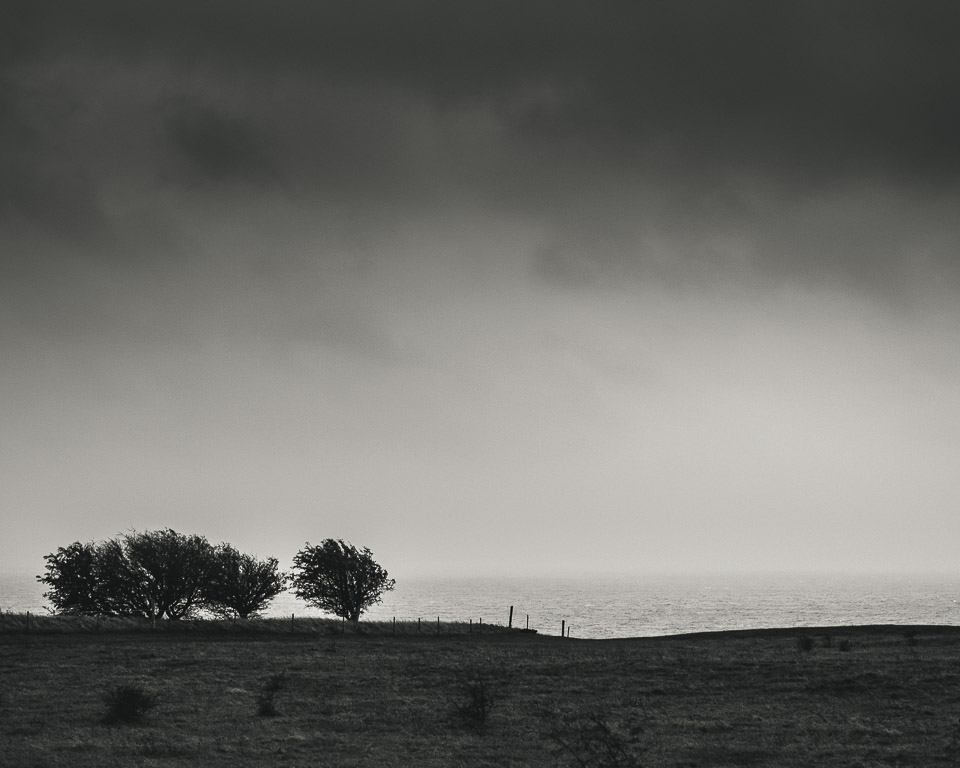 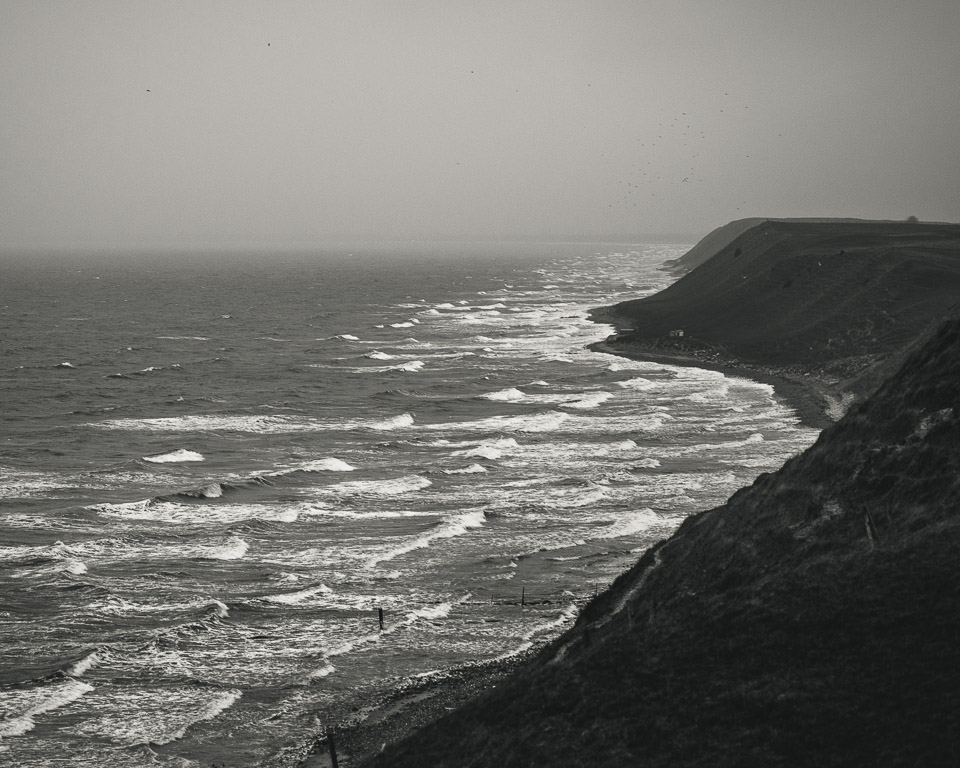 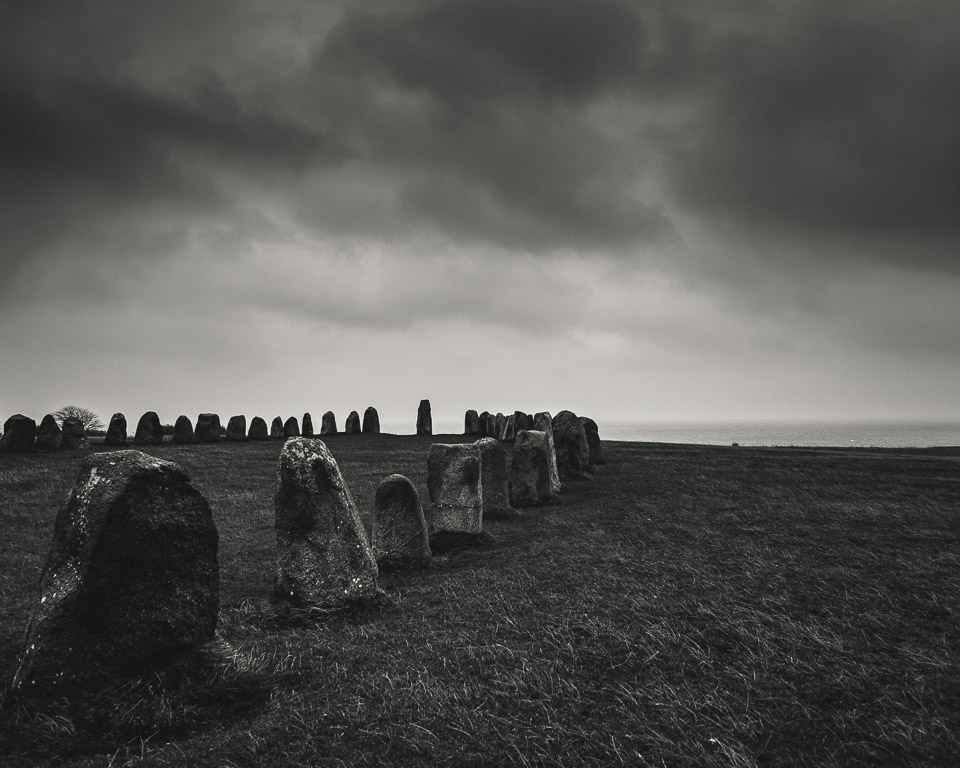 Österlen is located in the very southeast corner of the province of Scania in Sweden. It´s known as a little bit of being Sweden’ss Provence (France) because of the similiarities in landscape and light, and also the fact that there are a lot of artists in the area. The photographs shown here are from the coastal line between the cities of Ystad and Simrishamn and were taken in the shift between October and November 2013 over a period of four days.

I was first introduced to Österlen after I met my wife-to-be back in 1992. She had spent almost all her summers since childhood in an 19’th century house her parents bought in the early 1970’s. I fell immediatly in love with the open landscape – I grew up outside of Stockholm where it´s mostly woods in my neighbourhood – and have spent all my summers there since then. As I was not into photography yet I just liked to look at the surging landscape with acres that change every year; one year it´s wheat, another corn, the next rapeseed, etc. It just had a calming and soothing vibe to it, I felt calmed and relaxed and enjoyed my visits immensely.

After a couple of years I got in to photography and started to shoot my kids and the surroundings of our house. This grew into a long project where I later bought a large format camera and photographed my four daughters between 2003 and 2013. The project is caled Penumbra (Latin for “half shadow”) and it is the work I´ve shown the most in my fine art photography.

In recent years I have tried to capture the landscape itself more and more – and also covering a bigger part of Österlen than in the Penumbra project which was shot just around the house. The landscape varies quite a bit; it´s surging landscape outside of Ystad, the hills at Brösarps backar, the long (and I mean looong) beaches, the woodier parts in the north parts of Österlen (Österlen is known known for the beech woods), the more barren surroundings in Ravlunda, etc. These photographs have been done with digital equipment in contrast to my analogue large format works.

In the summer the landscape is – by order oft he season itself – more romantic and, well, simply beautiful I guess. In the autumn, when these photographs were taken, it becomes more dramatic because of the change in weather; it´s often very windy – and as the acres are laid bare the landscape becomes more raw altogether, not just swaying fields in a lush summer afternoon if you understand how I mean. As we try to get away to Österlen for a week or so every autumn I decided to start photographing the landscapes under different circumstances than during the summers. I just love to walk around (Österlen is very walkable, the highest point is just 184 metres – about 600 feet – above sea level, but the most part is much lower situated) with the strong winds in my face trying to find a motif with my camera. I really recommend a visit to Österlen – it´s beautiful regardless of the season.

The photographs here are from three different locations, just a few miles apart: Kåseberga, where Ale Stenar is situated. Ale Stenar (stenar is swedish for rocks) is kind of Sweden’s poor mans answer to England’s Stonehenge; just like Stonehenge it’s use is a matter of speculation, but the most common thought is that it is a large grave from the years 550-800.

The next location is Löderups beach, where the sea corrodes the beach and gets closer and closer to the houses located there every year. Tha last place is located outside of Skillinge, which is an old fishermans wharf. I really like how the stones are kind of scattered over the rocky beach there.

I hope that I can convey just a fraction of the beauty i find in Österlen, I really think it´s well worth a visit…

I always had a interest in drawing and painting, but never had the endurance to become more than (maybe) a little bit talented. In 1994 I got enrolled in an education where one got to try out photography, and it said, well, click… Since then I have worked with photography in some way; as a freelancer, as a salesman of professional photography gear or as a staff photographer at Stockholm University. Today I divide my time between some freelance work, teaching upper secondary school in photography and making exhibitions and such.

Yes of course, I really believe in looking at lots of photography – or listen to music or other arts for inspiration fort that matter,
When it comes to photography I would say that for my analogue large format photography Sally Mann and Sarah Moon might be my biggest inspirations. In landscape photography there are lots of really good black and white photographers I really like, but I think that Michael Kenna is one step ahead oft he pack. I love his sense of shape & light.

Large format: Szabad 4×5“ with 150 mm Schneider Symmar, 8×10“ Sinar P with 300mm Industar.
Digital: Canon 5D MkII with 5 fixed lenses between 24 to 85mm.
Fujifilm X-Pro1 – which these photographs are made with. 18, 35 and 60mm lenses. I love it for its image and lens quality, and for the slight weight, perfect for light travelling and walking.

For different occasions it´s the above mentioned Szabad with a sturdy tripod or the X-Pro1 with a lightweight tripod. It hasn’t left my side since I got it some 6-7 months ago.

I would have to say Patagonia. I read Bruce Chatwin’s book In Patagonia some time in the early 90’s and have dreamed about it since then. Iceland is also on the wanted list.