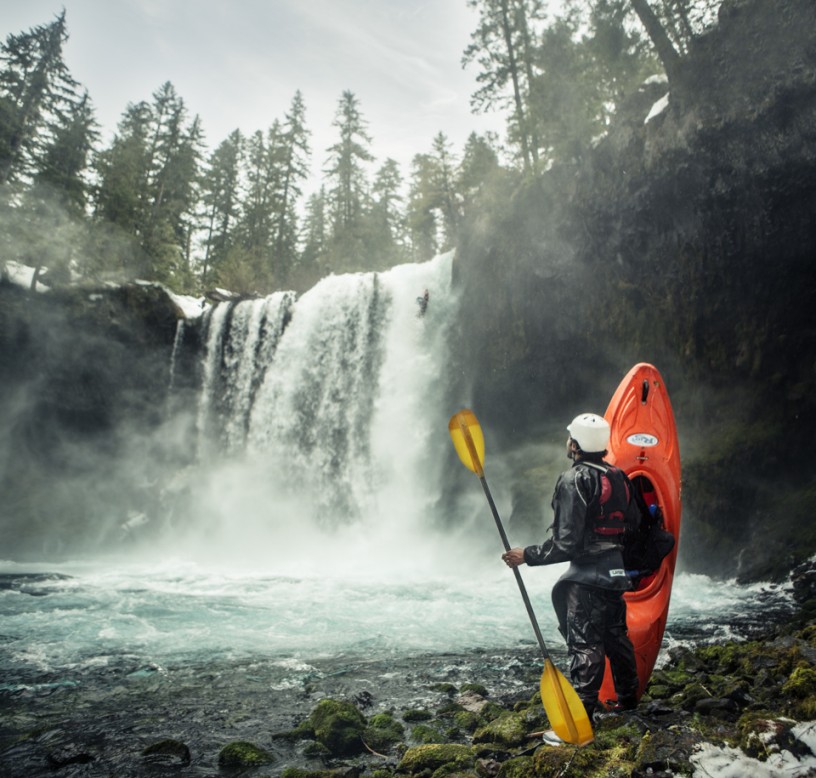 Isaac Lane Koval is a photographer from Portland, Oregon. His feature includes some impressive white water rafting photos taken of one of his friends dropping a serious waterfall in Oregon. Along with participant Justin Mullet, Isaac is yet another person living in the Pacific Northwest who's images make me really crave a trip there to see a part of the country I've never visited before. Isaac was chosen by featured photographers Matt & Agnes Hage. 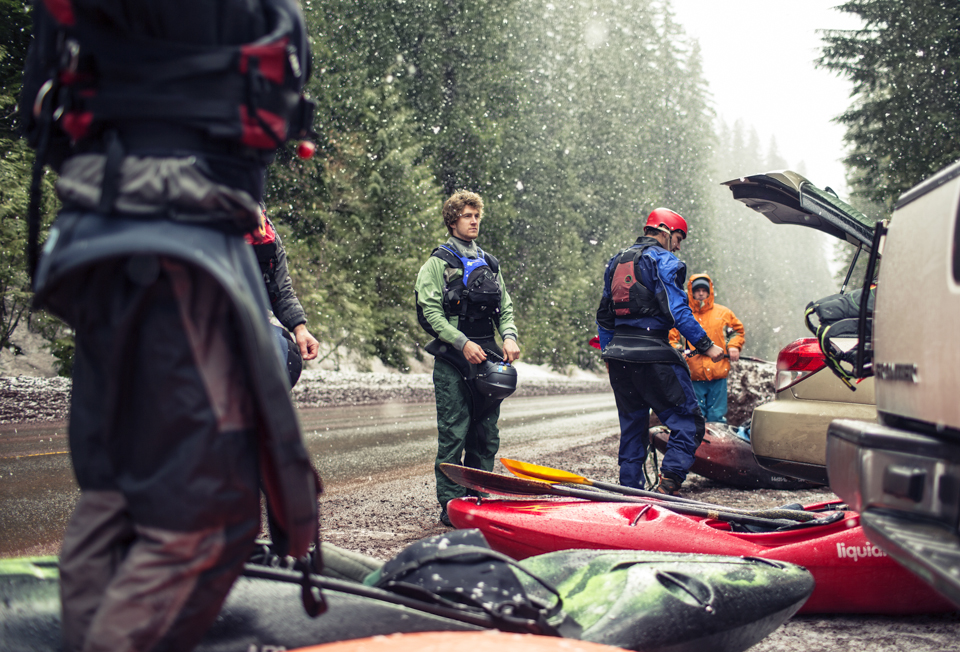 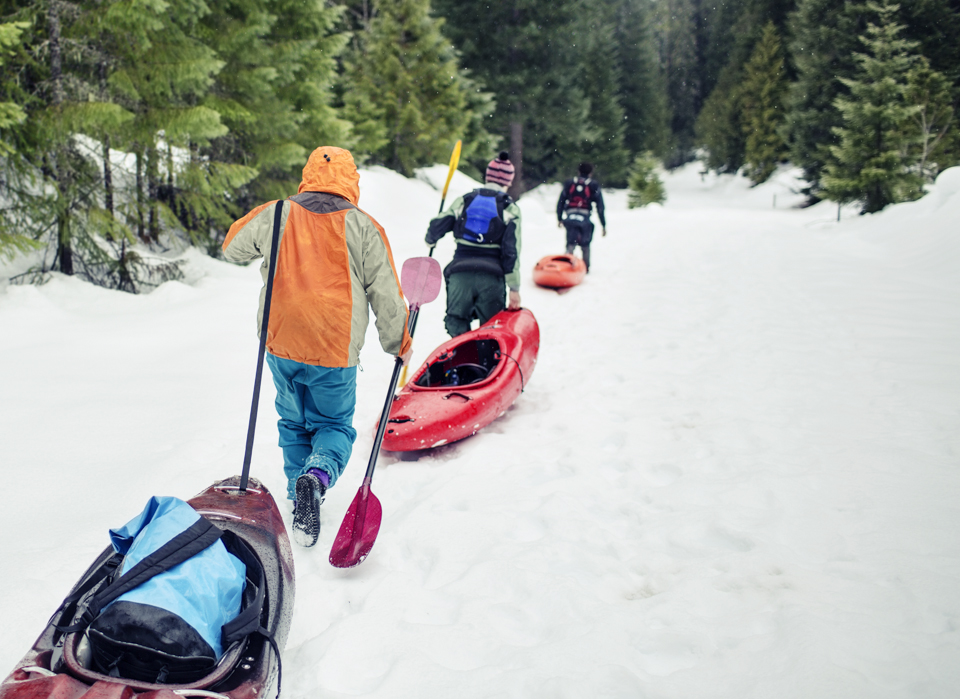 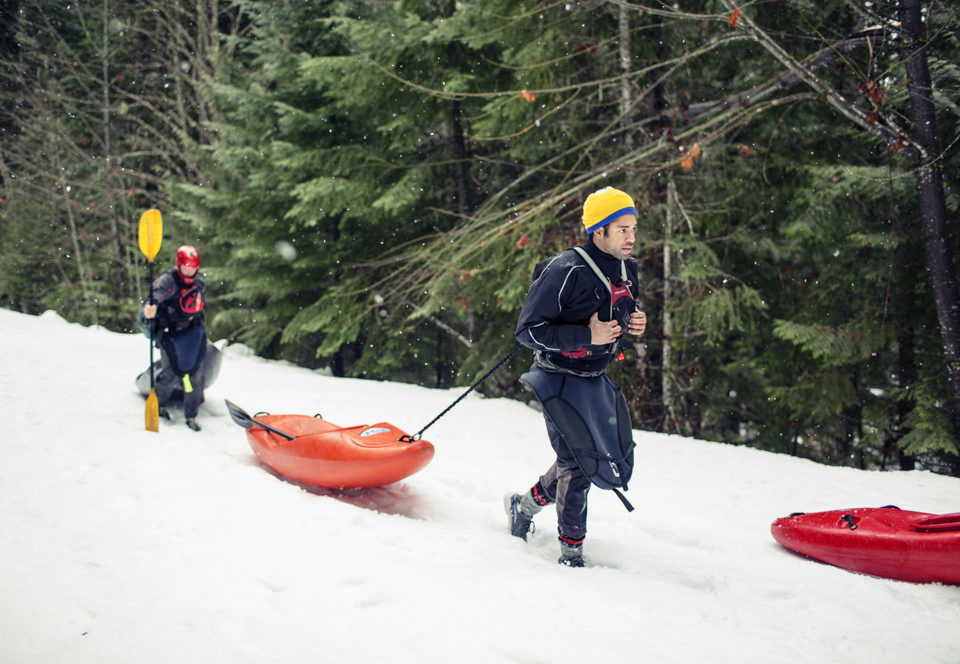 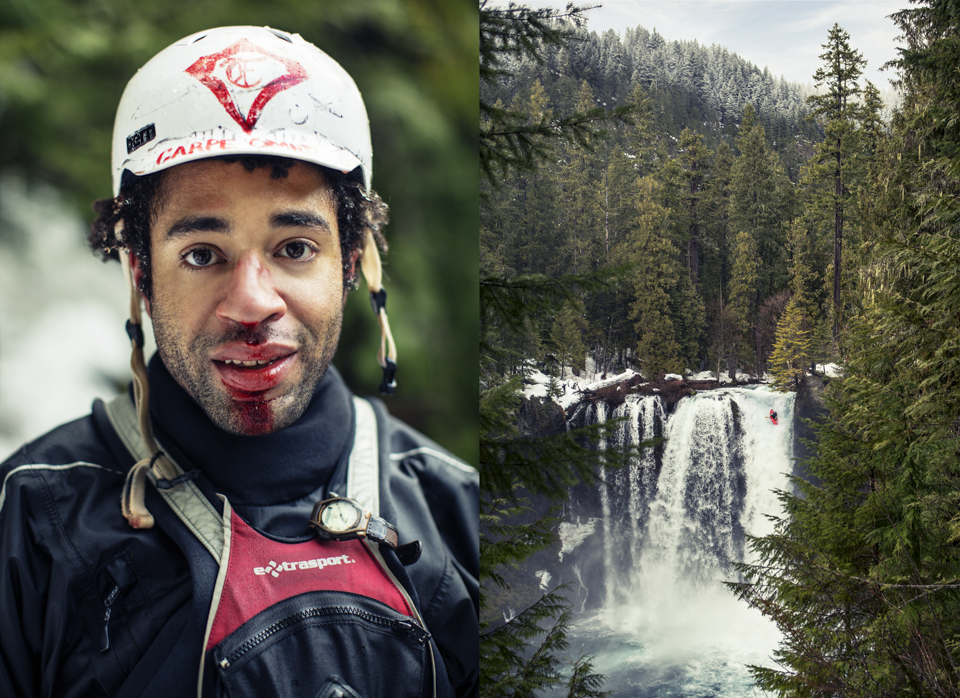 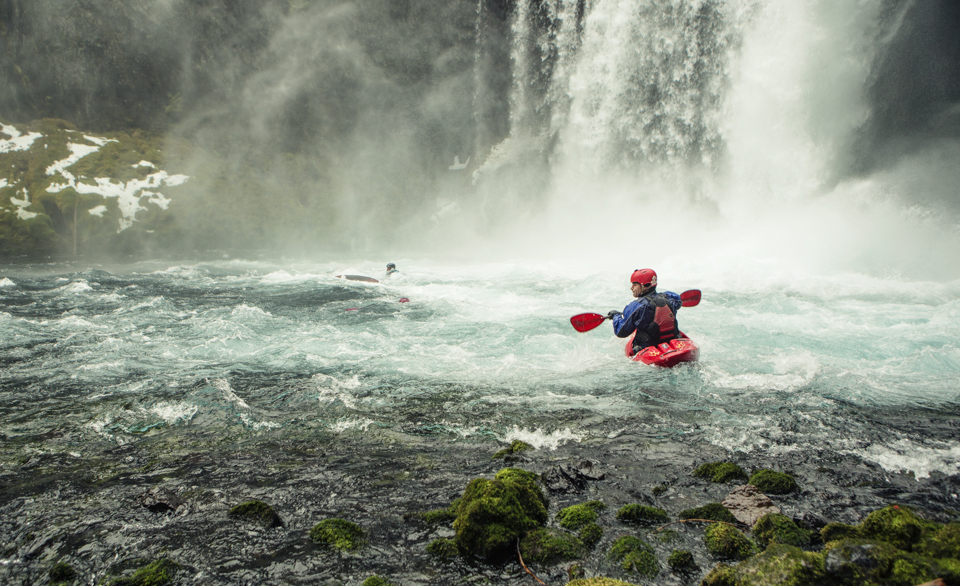 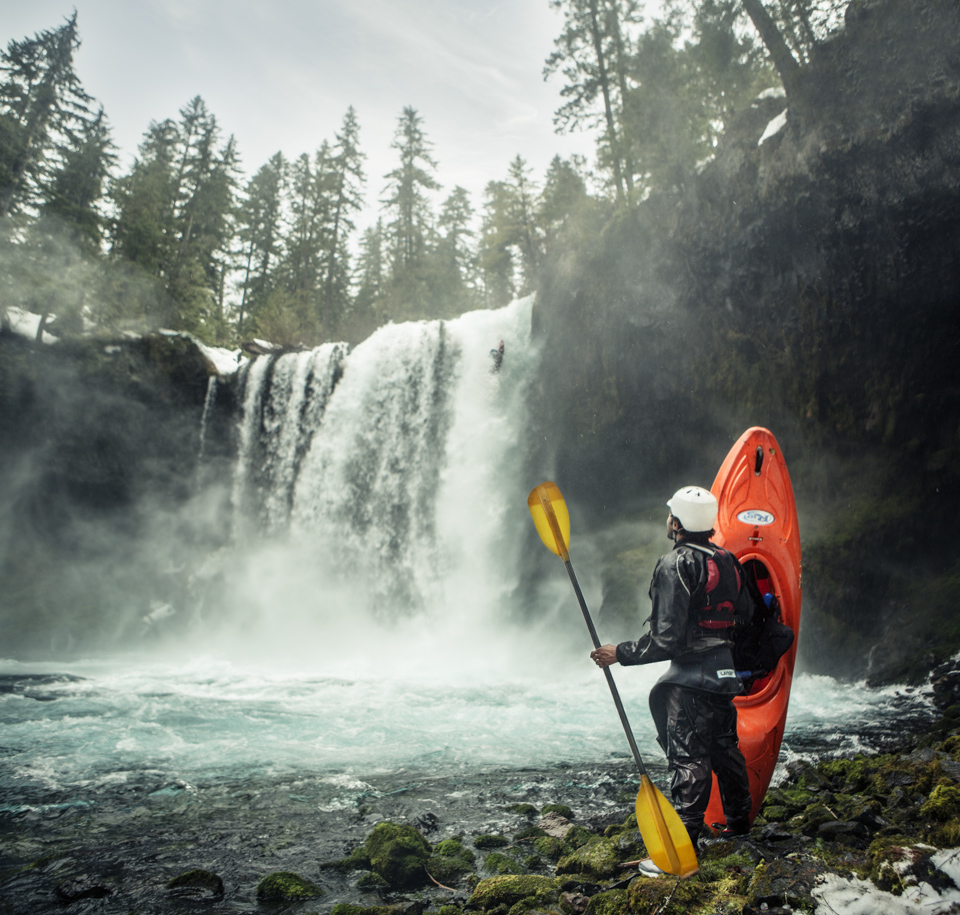 My buddy Adam is white water kayaker. When we first met he was just starting to dabble in the extreme sport. Before I knew it he went from class 2-3 rapids to doing class 5. One night we were out for drinks and he mentions he’s going to huck Koosah, an 80 foot waterfall, the next day with some kayaker friends. This was something I had to see.

The next morning we headed south to the Santiam pass in the Oregon Cascades. When we arrived at the parking lot big fluffy snow flakes were falling. A half mile or so of hiking in, or rather post holing through the snow, we reached the falls. This was a falls that left very little room for error. Once you put your boat in there is no turning back. After a lot of contemplating and psyching himself up, Adam was the first to go. He had a clean line going over the falls but when he hit the water his skirt imploded, he was sucked out of his boat and was forced to swim to shore. On impact he broke his nose. This only emboldened the other kayakers and three others hucked the falls.

The last image in the series is a composition of 7 images. I shot it using the Canon 24-70mm f/2.8. At this point in the day Adam was tired, cold and had a broken nose so I didn’t want to take up too much of his time. I couldn’t get as far back as I wanted so I shot multiple images to get a wider focal range. His paddle had already been taken up so in post I took a paddle from another shot and worked it in. The shot was still missing something though so I took a second look through my selects. To my luck I had shot one of the other kayakers hucking from a similar angle. It cut in seamlessly and my image was complete.

Since this trip I have accompanied him to even bigger falls (Metlako in the Columbia Gorge). I also did a short video of another kayaker, Kory, hucking over Punch Bowl Falls. It can be seen here.

I went to school for filmmaking at Chapman University in Orange County, CA. Realizing that I needed to be surrounded by forests and mountains I made the move back to Portland, OR. At the time a bunch of local photographers I knew were jumping into the stock photography and video world and were doing pretty well. I followed suite. From there I was able hone my style and find my niche (outdoors lifestyle and adventure).

For inspiration I currently look to Camp 4 Collective. They are constantly pushing the boundaries for outdoor adventure photography and filmmaking.

I use a Canon 5DMKIII with a variety of Canon L glass for photo work. For video work I use the 5DMKIII (with the magic lantern RAW hack), BlackMagic Pocket Camera, and the Red One. My most used lenses are the Canon 35mm f/1.4 L, 50mm f/1.2 L and the 24-70mm f/2.8 L II. I have a Mamiya rz67 that I use on occasion as well. It is a beast though so I usually leave it behind on my longer adventures.

When I’m in the outdoors I shoot primarily with natural light and use scrims and reflectors to shape the light.

A good backpack goes a long way between a comfortable and uncomfortable shoot. When backpacking into remote locations I’ve found the best bag to be just a standard backpacking pack. I’ll wrap my lenses and cameras in t-shirts and my puffy jacket. and throw them in the top of my pack. This allows for easy access.

Chile and Iceland. Both have incredible landscapes. My next trip is to SE Asia at the end of the month. I will be trekking around Thailand, Myanmar and Hong Kong.