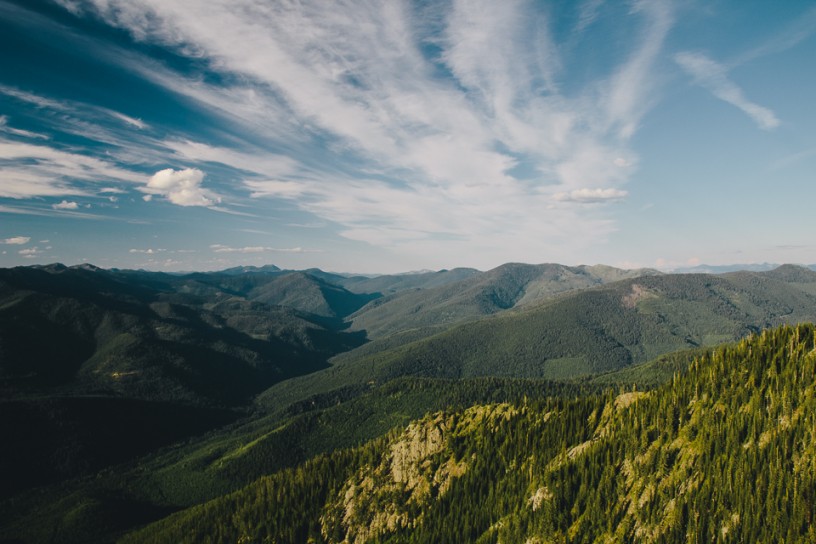 Justin Mullet is a photographer from Newport, Washington who was feature in the EB blog a few months ago. I originally found Justin's website earlier in 2013 when I was doing some research on VSCO Film, and his outdoor photos quickly made me love both the style of imagery he was producing and the scenery he has available to him in the Pacific Northwest. He seems to have some great adventures in the mountains and forests around him, and his submission includes photos from a hike at Hall Mountain in northeastern Washington. 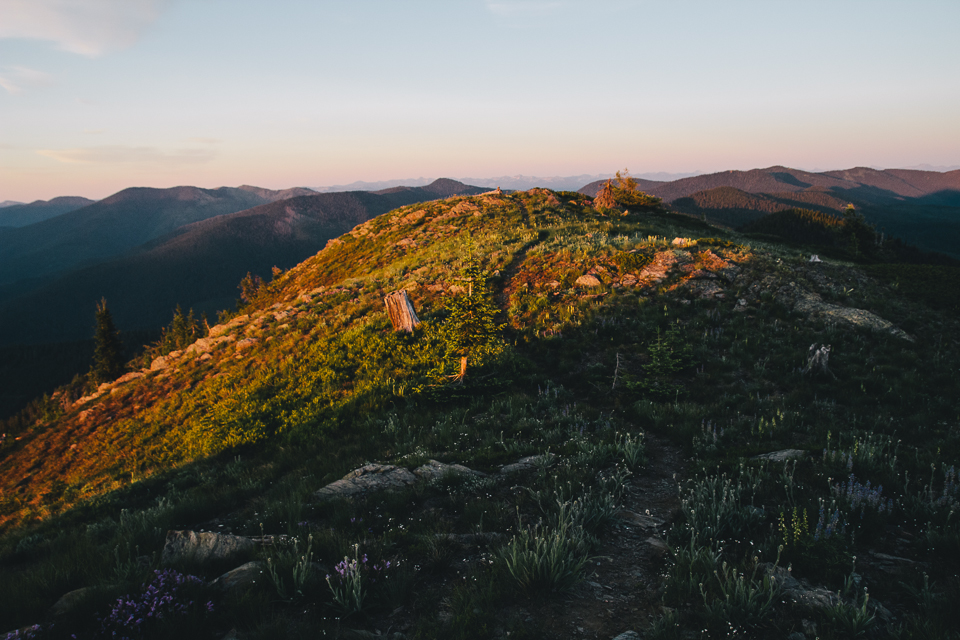 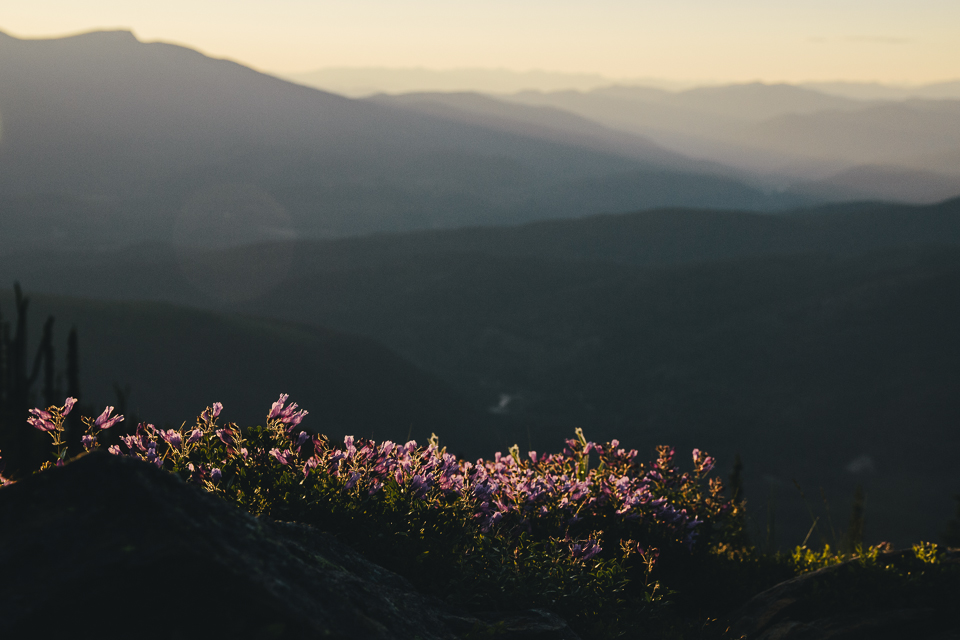 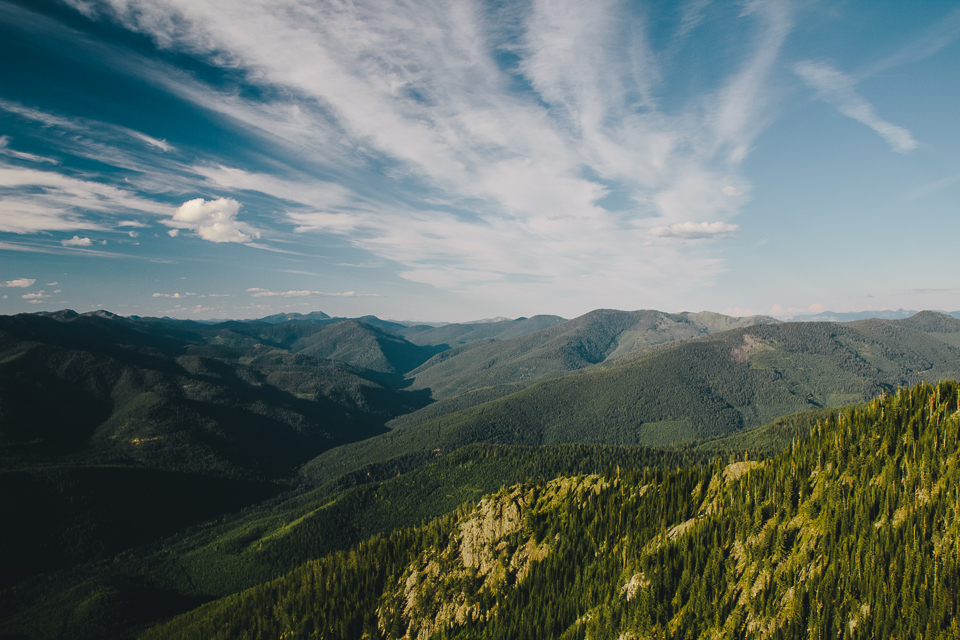 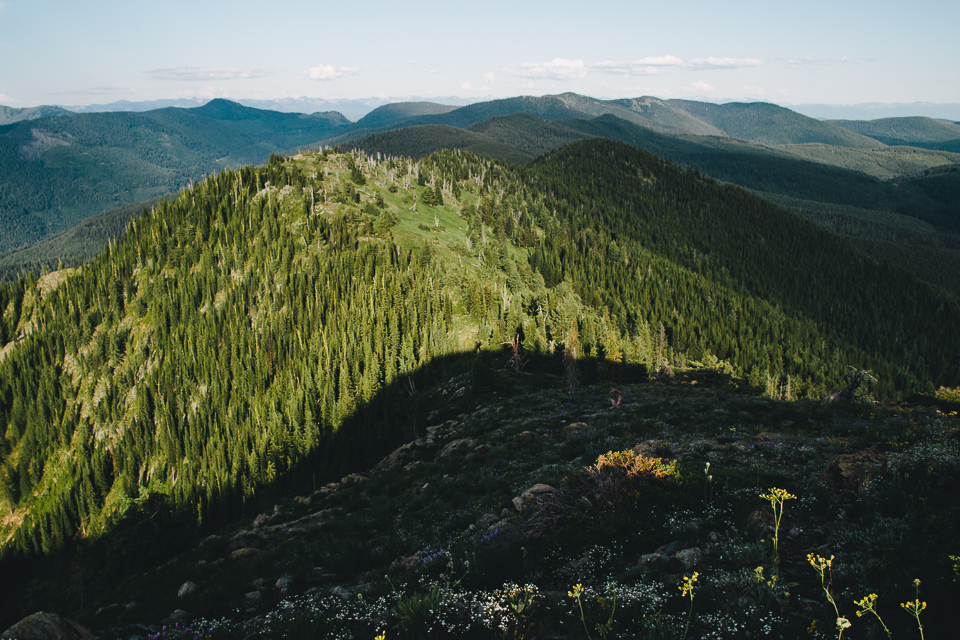 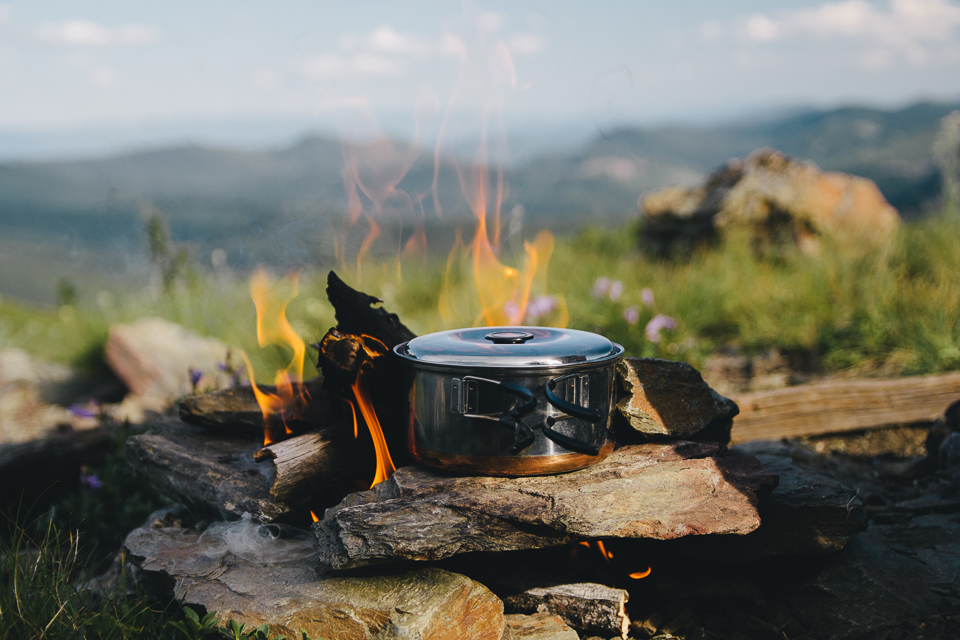 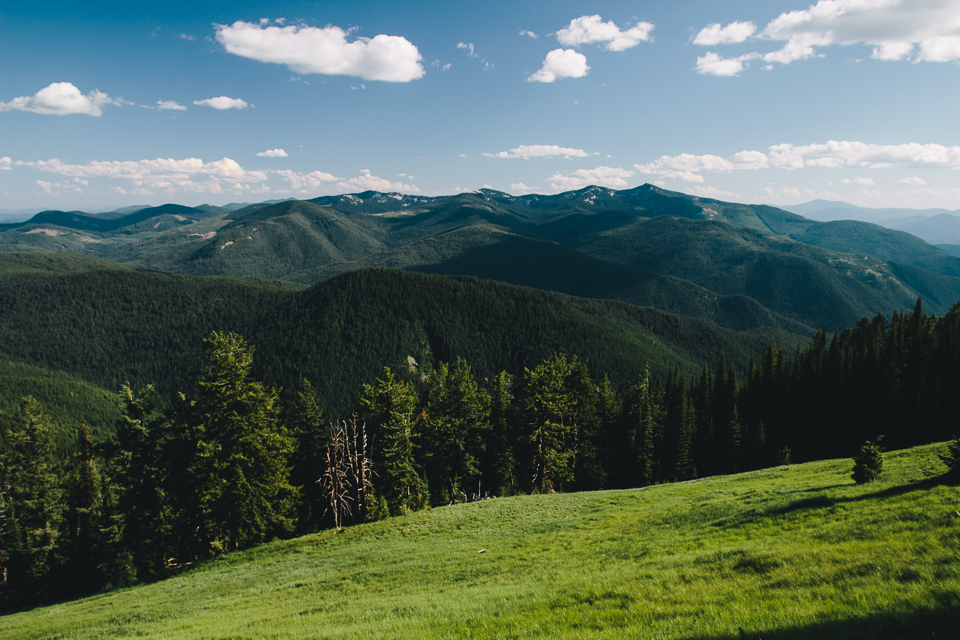 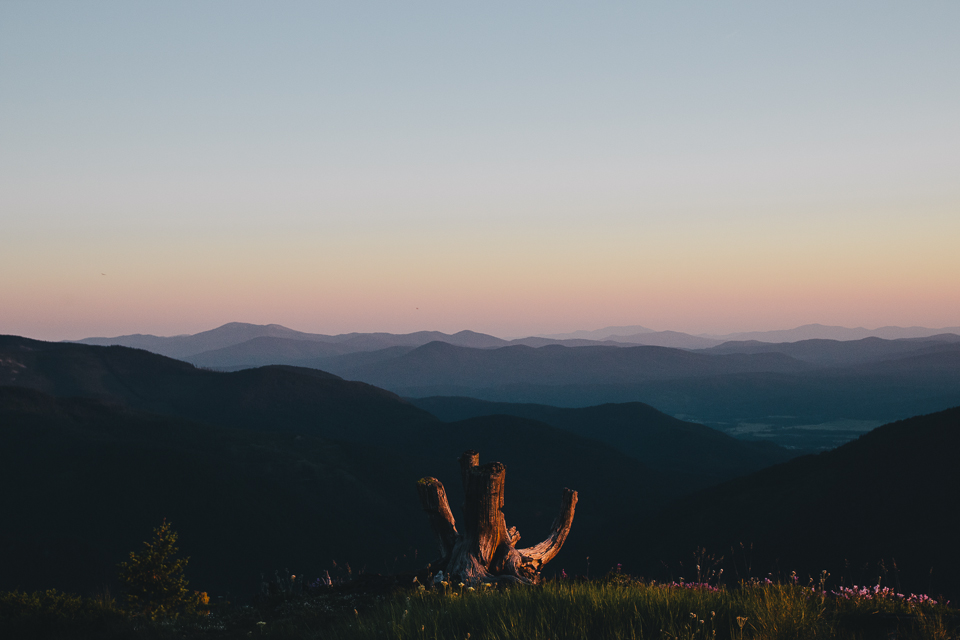 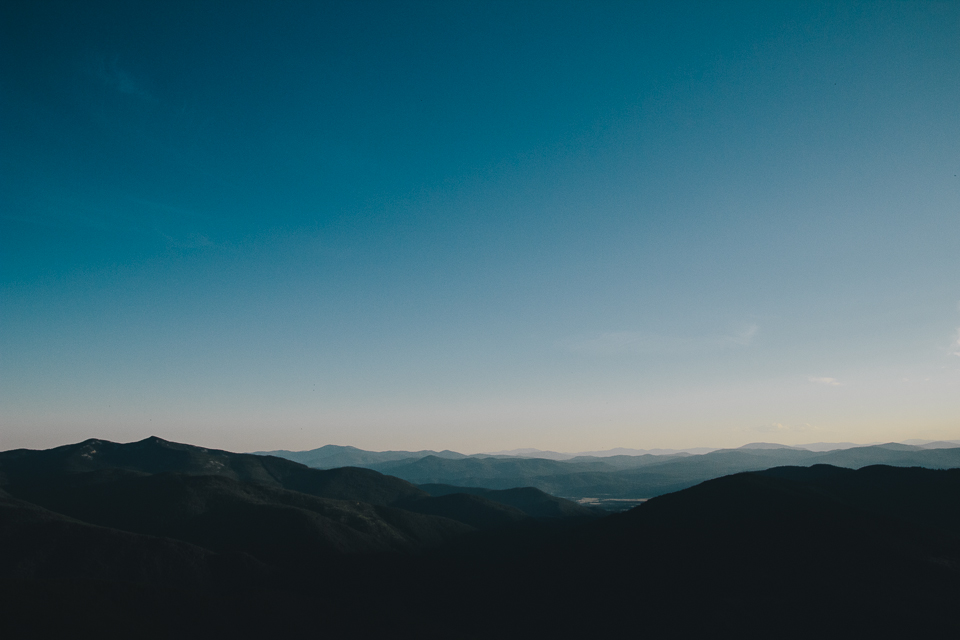 This set of photos was taken on a hike up Hall Mountain in northeastern Washington. The peak stands several thousand feet above Sullivan Lake and gives great views of Canada about 15 miles north. At just the right place, you can view the south end of the lake far below. Open from July through mid-August is an old logging road that takes you to the trailhead, only two and half miles from the peak. The first mile of the trail took us through forest until it opened into alpine meadows the rest of the way. The beauty and quietness at the top is something you can’t share fully with a photograph. In a good way it is overwhelming, and offers a refreshing break from the schedules, alarms, messages, and notifications that bombard us. The breeze was cool and the clouds drifted past as the afternoon went by.

After cooking supper over a small fire, we anticipated the sunset. As the last rays of the sun began to dip beneath the clouds on the horizon, we headed down. The temperature of the air and light cooled as we descended. Nearing the last mile of the trail, heading into the darkening trees a large pile fresh bear scat required us to detour slightly. Needless to say the twilight offered just enough light for us to make our way to the truck without many interruptions. I found out later that the reason the road is closed for the majority of the year, is to preserve Grizzly Bear habitat.

I have been taking pictures since I was about 14 or 15 years old. I got started using a 3.2 megapixel Fuji camera. Looking back I’m somewhat impressed at the images I was able to make with that camera despite all of its limitations! There have been several times where my photography has stalled for some time. It usually took a new location, lens, or piece of software to reinvigorate me and get me inspired all over again.

There have been several photographers throughout the last several years who’ve inspired me and had an influence on how I like to shoot, including Carl Zoch, Cole Rise, Julian Bialowas, and Nicola Odemann to name just a few. Instagram has been a great source of inspiration, as it allows me to curate my feed to include fresh beautiful images on a daily basis. Places on the internet such as ISO50, the VSCO Journal and Exposure.so are often filled with unique images and great stories.

My bag doesn’t look as impressive as many but I’ve been content with the gear I have. I currently use a Canon T3i, Sigma 17-50 f/2.8, and a Canon 50mm f/1.8. I have a 20-30 year old Velbon tripod, reflector and a backpack. I take a lot of pictures with my phone so I’ll include a Galaxy Nexus in this list. As far as post-shooting goes, I use Lightroom 4 and most of the VSCO Film presets.

VSCO Film has been a big inspiration to me and gets me excited about getting into Lightroom after a hike or camping trip. When possible, a French press with some good coffee is a welcome addition to any adventure.