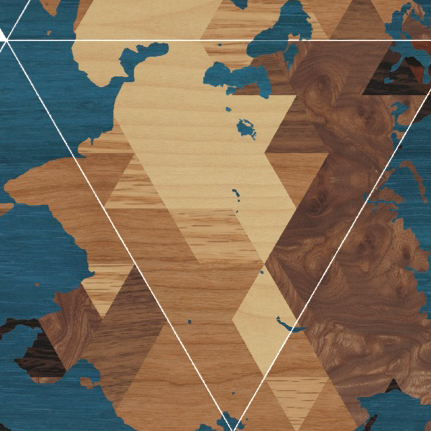 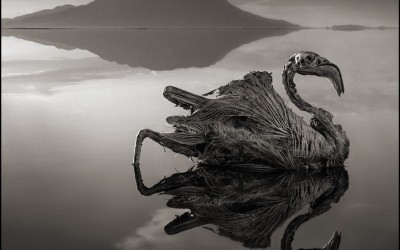 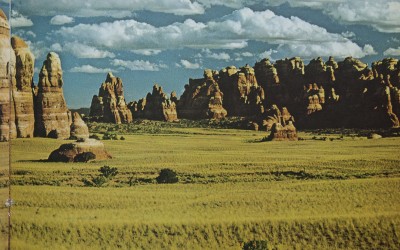 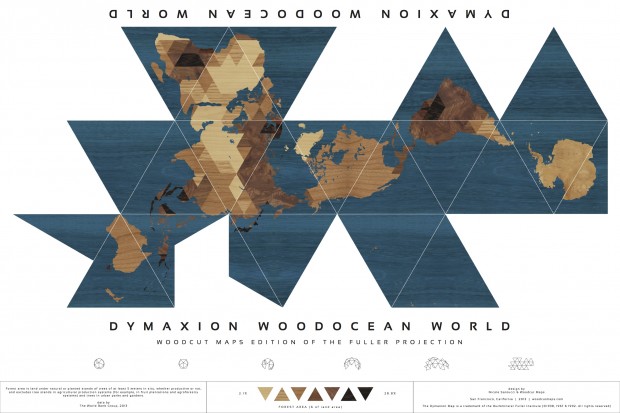 The Buckminster Fuller Institute recently held a competition to design a new version of the Fuller Projection map, also known as the “Dymaxion Map” that was designed by Buckminster Fuller. The original map is described as follows:

Also know as the “Dymaxion Map,” the Fuller Projection Map is the only flat map of the entire surface of the Earth which reveals our planet as one island in one ocean, without any visually obvious distortion of the relative shapes and sizes of the land areas, and without splitting any continents. It was developed by R. Buckminster Fuller who “By 1954, after working on the map for several decades,” finally realized a “satisfactory deck plan of the six and one half sextillion tons Spaceship Earth.”

Traditional world maps reinforce the elements that separate humanity and fail to highlight the patterns and relationships emerging from the ever evolving and accelerating process of globalization. Instead of serving as “a precise means for seeing the world from the dynamic, cosmic and comprehensive viewpoint,” the maps we use still cause humanity to “appear inherently disassociated, remote, self-interestedly preoccupied with the political concept of its got to be you or me; there is not enough for both.”

All flat world map representations of the spherical globe contain some amount of distortion either in shape, area, distance or direction measurements. On the well-known Mercator world map, Greenland appears to be three times its relative globe size and Antarctica appears as a long thin white strip along the bottom edge of the map. Even the popular Robinson Projection, now used in many schools, still contains a large amount of area distortion with Greenland appearing 60 percent larger than its relative globe size.

Fuller’s view was that given a way to visualize the whole planet with greater accuracy, we humans will be better equipped to address challenges as we face our common future aboard Spaceship Earth.

A competition to design a new version of the map was held by the institute, and won by Nicole Santucci of Woodcut Maps. The map displays a range of global forest densities, to call attention to the growing issue of deforestation. They also created an actual woodcut version of the map, allowing the 2-D version to transform into an icosahedral globe.

The combination of colors and wood grain is beautiful; it also works nicely as a desktop wallpaper (you can click the image above for a larger version).